Ruislip in Middlesex was first recorded in the Domesday Book of 1086, as “Rislepe”, probably deriving from the Old English for “leaping place (across the River Pinn) where rushes grow”.

The Manor at the northern end of the modern High Street was given by the Norman Ernulf de Hesdin to the Benedictine Abbey of Le Bec Hellouin in around 1087, and by the Plantagenet King Henry VI to King’s College, Cambridge in 1451.

Still to be seen in the grounds are the remains of a Motte and Bailey dating to the Norman period, and, on the site of the Benedictine Prior’s House, the handsome timber-framed Manor Farm House, dating in part to the sixteenth century.

The Manor House, looking across the ‘Motte’ 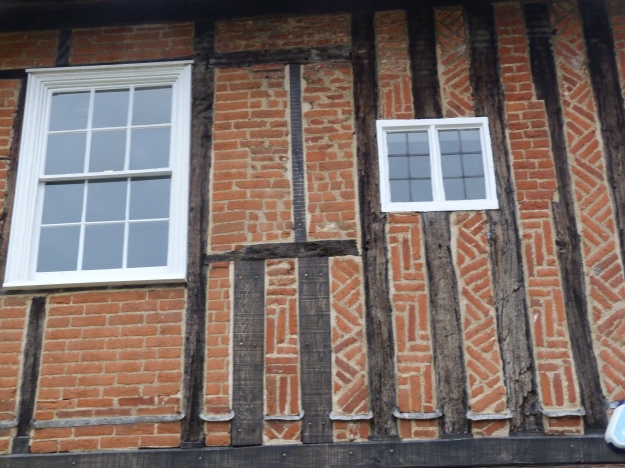 The Little Barn – now in use as a Public Library 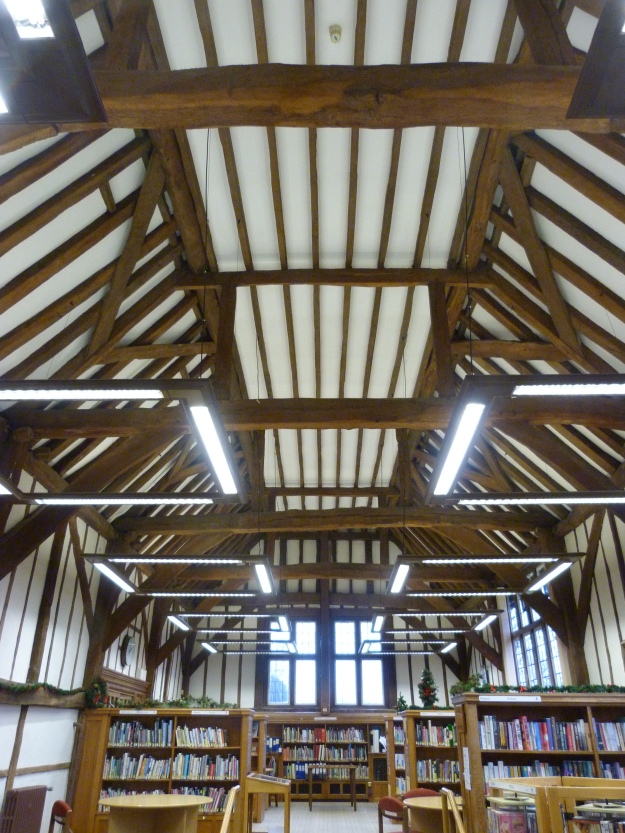 Opposite is the Church of St Martin, dating  for the most part to the thirteenth to fifteenth centuries, with a wonderfully atmospheric interior featuring some miraculously still surviving Medieval wall-paintings.

Also, ringing the churchyard, a row of cottages with jettied first floors, and a row of alms-houses, both dating to the sixteenth century. 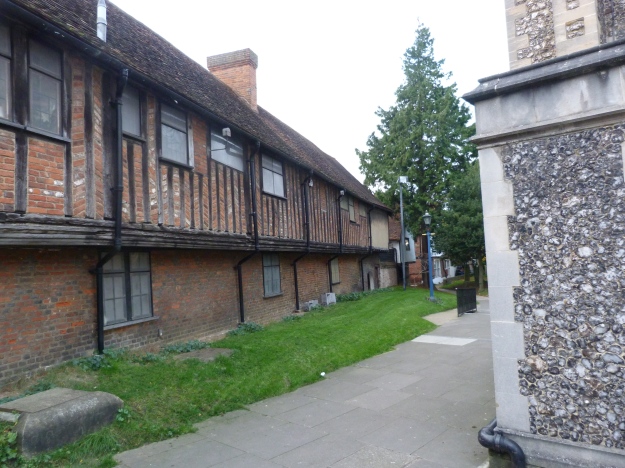 Cottages next to St Martin’s Church

Brickwork cross – on the cottages next to St Martin’s

View of the Alms Houses, from across the churchyard