The Benedictine Nunnery or Priory of St Leonard Stratford-at-Bow was founded in the early twelfth or possibly even late eleventh century (the oldest written record of it is from 1122, although according to a long-standing oral tradition among the nuns it was founded during the Bishopric  of Maurice, between 1086-1107).  At its peak, in 1354,   it housed thirty professed nuns under a Prioress (said to have been the model for the Prioress in Chaucer’s “Canterbury Tales”).  By 1380, though, the number of nuns had fallen to twelve;  and by 1520, to  eight (plus one  novice).

The Priory was dissolved by Henry VIII in 1536, although the last Prioress, Sybil Kirke, was allowed to carry on living there for a while.  At the time of the dissolution, the priory buildings included a Hall, a Parlour, a Kitchen, a Buttery, a Dorter, a Great Chamber, a Maid’s Chamber, further Chambers over the Parlour and the Buttery, a Brewhouse, a Malting House and a Barn as well as a Church, with all of the aforementioned and  their contents realising  a little over £100 (the valuable books from the priory were not sold but instead incorporated into the library at  Westminster Abbey).

After the dissolution, the priory church was partly demolished and modified to become the parish church of St Mary with St Leonard.  In 1539, the  remaining priory buildings  were granted  to  Sir Ralph Sadler, who converted some of them into tenements that he leased out (one  to William Huddleston, the former Abbot of Stratford Langthorne).  In 1634, they passed to Sir John Jacob, who demolished all of them to make way for a new manor house, itself now no longer standing (Bromley House).

By the end of the seventeenth century, only the church remained of the original priory, and for a while was used by Protestant Huguenots fleeing religious persecution in their native France (after their religious and civil liberties were removed by the Revocation of the Edict of Nantes in 1685). 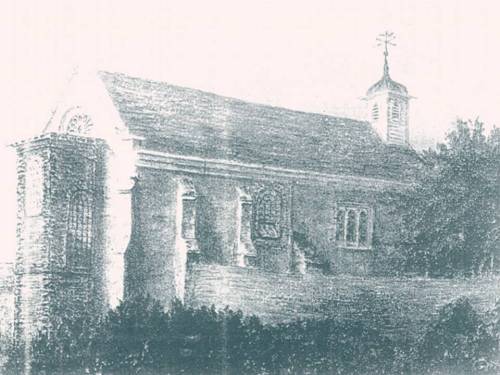 Illustration of circa 1800 showing then surviving essentially Norman church 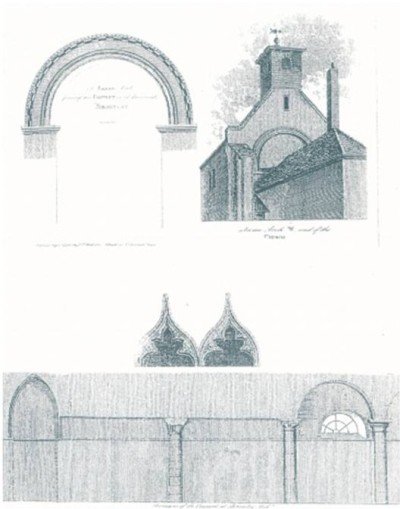 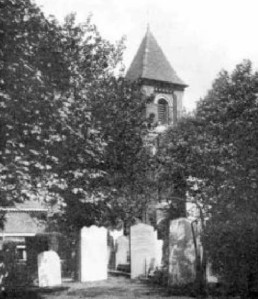 The church was then rebuilt and refounded in 1842-3.

Sadly, it was almost completely destroyed by enemy bombing in 1941. 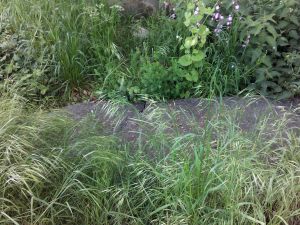 Essentially all that survives of it today is part of the churchyard, sandwiched between the busy Blackwall Tunnel Approach Road and Bromley High Street, and containing some somewhat neglected and overgrown graves, appearing to date from the eighteenth and nineteenth centuries. 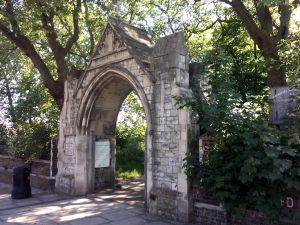 The priory is recalled in the names of  Priory Street and St Leonard’s Street, and in the Nunnery Gallery on nearby Bow Road. 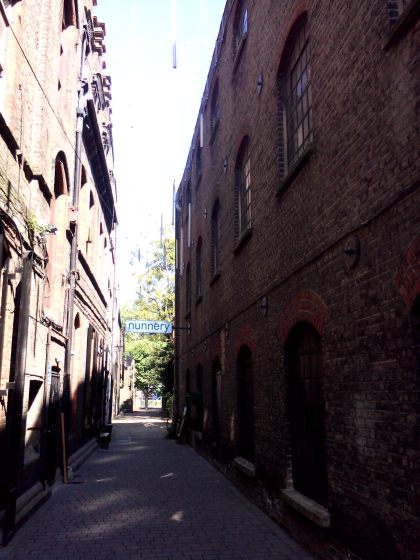