Another in the occasional series on churches built by Wren after the Great Fire of 1666 that have been lost  since.

All Hallows the Great

All Hallows the Great was originally built in around 1235.  It was burnt down in the Great Fire of 1666,  and rebuilt by Wren in 1677-84, only to be demolished, to allow for road-widening and development, between 1876 and 1894,  when the parish was merged with St Michael Paternoster Royal.

Essentially nothing now remains of the church at its former site, other than the name, which lives on in that of Allhallows Lane (the last vestige, the churchyard, having been lost during the construction of the City Fire Station).  Salvaged statues of Moses and Aaron, and a carved figure of Charity, survive in St Michael Paternoster Royal.   A salvaged chancel screen also survives,  in St Margaret, Lothbury.

Site of All Hallows the Great 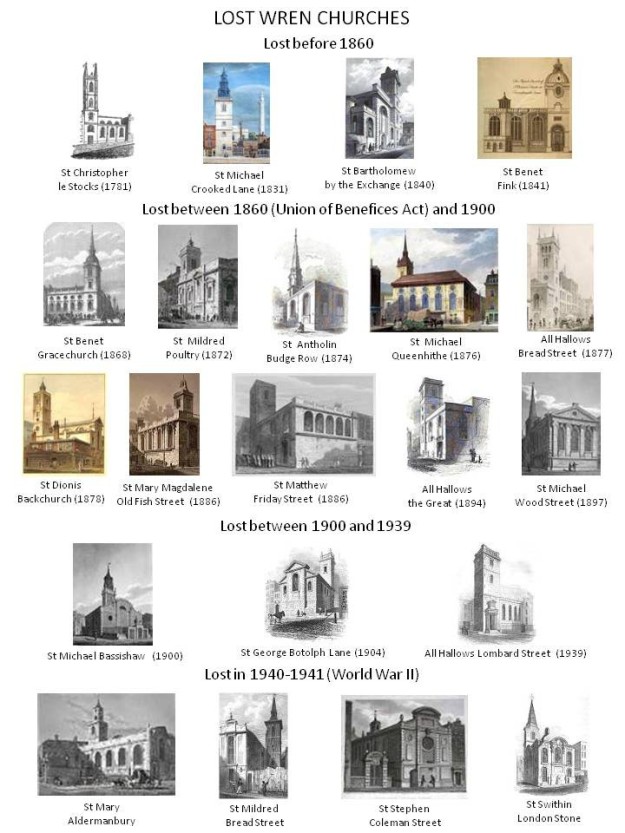 1 thought on “Lost Wren churches – All Hallows the Great”