Temple Church, in a precinct off Fleet Street, was originally built by the Knights Templar in phases in around 1160-85 and 1220-40.  It was undamaged in the Great Fire of 1666, although still required to be restored several times subsequently.  It was then badly damaged by bombing in 1941, and restored again by Carden & Godfrey between 1947-57.  The round tower is modelled on the Church of the Holy Sepulchre in Jerusalem.  The corresponding circular nave in the interior is original, twelfth-century, and “transitional” in terms of architectural style between Norman, or Romanesque, and Early Gothic.  The chancel is thirteenth-century, and decidedly  Gothic.  The famous Purbeck Marble effigies of Knights Templar and of a bishop are also thirteenth-century.  The alabaster altar-tomb to Edmund Plowden, the Treasurer of Middle Temple, dates to 1584; the  monument to Richard Martin, the Recorder of London, to 1615. 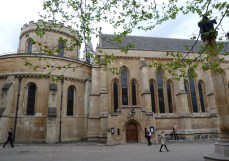 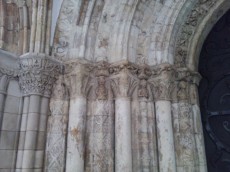 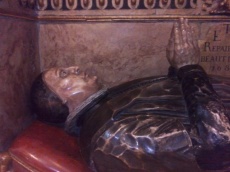 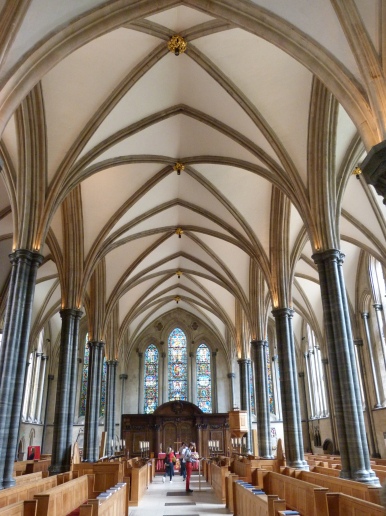 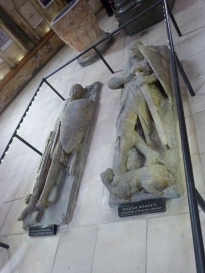 Effigies of knights (William and William Marshall, the First and Second Earls of Pembroke) 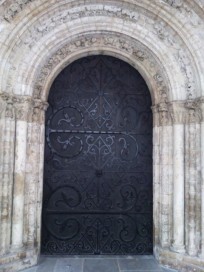 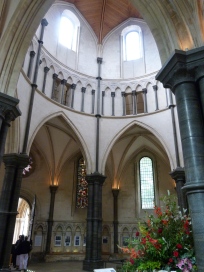 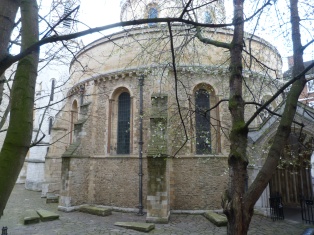 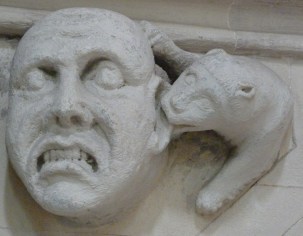