Tottenham was first recorded  in the “Domesday Book” of 1086, as Toteham, from the Old English personal name “Totta”, and “ham”, meaning home-stead.  It is likely to have been in existence considerably earlier. Two particular buildings are featured below – Bruce Castle and All Hallows Tottenham.

Bruce Castle was originally built as a manor house in the thirteenth century by the de Brus or Bruce family. When Robert the Bruce seized the Scottish throne in the early fourteenth century, his family’s manor and house  in England was confiscated by the English  King, Edward II, who leased   it to various officers of his household.  In  the early sixteenth, it  came to be  owned, and to be rebuilt,  by Sir William Compton, and temporarily to be referred to as “Maister Comton’s House by Totnam”.  Henry VIII visited the house in 1516, with his sister Margaret, the wife of the Scottish King James IV (who had been exiled to England to following the death of her husband at the Battle of Flodden Field in 1513).  Elizabeth I visited the house, by then owned by Henry, Lord Compton, in 1578.  Later in the Elizabethan era, in 1593, it was used as a refuge from the  plague.  In  1648, in the Civil War, it was removed from the then owner, Hugh Hare, Lord Coleraine, and used by Parliamentarian officers; and in 1682, after the Restoration of the Monarchy, returned to the ownership of the then Lord Coleraine, Henry Hare. 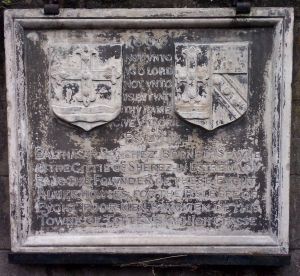 Memorial in Bruce Castle museum to Balthasar Sanchez, founder of Alms Houses in the locality, in 1600 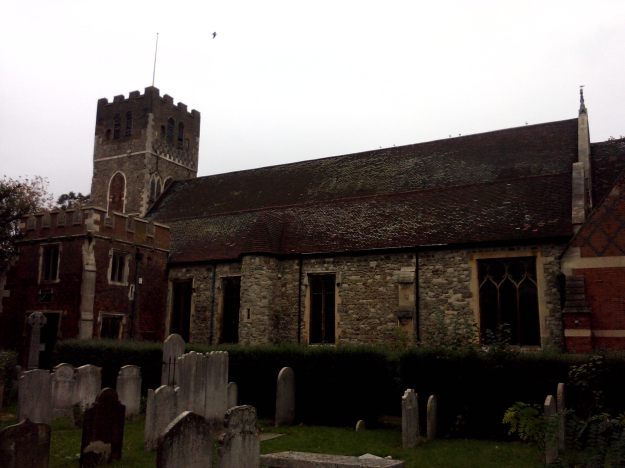 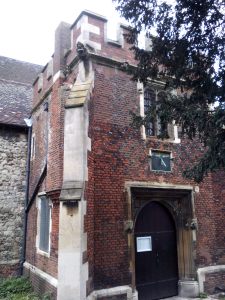 The church of All Hallows was originally built in the fifteenth century, and extended in the nineteenth, around 1875, by William Butterfield.  It is noted for its stained glass.