Richmond was first recorded as such in 1502, after the then King, Henry VII’s earldom of the same name in Yorkshire.  Up until that time, it had been known as West Shene, which was in turn first recorded in circa 950 (East Sheen is still known as such).

Shene Palace was built here in the Medieval period, and rebuilt, as Richmond Palace, in the post-Medieval.

The church of St Mary Magdalene was also originally built here in the Medieval period, and rebuilt in the post-Medieval.

Shene Palace began life as a manor-house in the Manor of Shene, granted to the Norman Belet family during the reign of  Henry I (the manor having thereunto  been part of the Royal Borough of Kingston).  The manor and house reverted to crown ownership in 1313, and the house then came to be used in turn by a succession of Plantagenet Kings, including Edward I, Edward II and Edward III, the last-named converting  it into a palace that came to be known as  Shene Palace.  After Edward III’s death there in 1377, the palace  became a favoured haunt of Edward’s successor Richard II and his Queen, Anne of Bohemia, although after Anne’s death of the plague there in 1394, Richard  ordered it to be destroyed.   Henry V then began work on a new palace on the old site in 1414, which was completed sometime in the reign of Henry VI in the 1440s (*).  On December 21st or 23rd (sources differ), 1497, this new incarnation of the old  Shene Palace, where the succeeding first Tudor King,  Henry VII, and his family and retinue had gathered in readiness for Christmas, was destroyed by fire.

(*) Incidentally, at the same time Henry V also granted nearby Royal land to the Carthusian Order to enable them to build the monastery that came to be known as the Charterhouse of Jesus of Bethlehem.  The monastery was dissolved under the Tudor King Henry VIII, temporarily re-established under Mary, and dissolved again under Elizabeth I.  The  former monastic site was converted into Old Deer Park under Elizabeth’s successor, the first Stuart King, James I (the land on the opposite bank of the Thames was converted into Richmond Park by James’s son and successor Charles I).  None of the former monastic buildings survives.

Shene Palace  was rebuilt again by Henry VII in the years leading up to 1502, and at that time was renamed Richmond Palace.  It remained a favourite royal residence throughout the remaining part of the Tudor period of the sixteenth century, and many lavish celebrations were held there.  After the defeat of the royalists by the parliamentarians in the Civil War in the early Stuart period of the early seventeenth century, it was sold off.  Most of the former palace buildings have now been demolished.  However, the Gate-House and some associated buildings  still survive, on Richmond Green.  Drawings of the palace made by Wyngaerde in 1562 and by Hollar in 1638 also still survive. 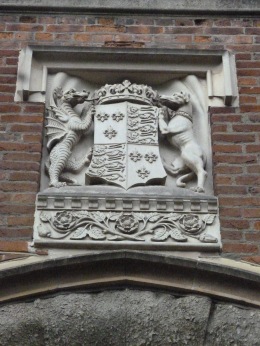 Coat of Arms on Gate-House 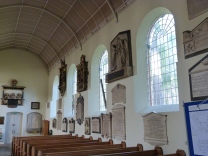 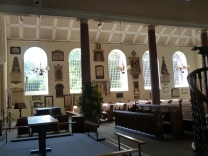 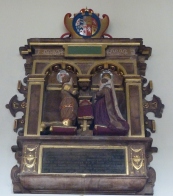