Upminster was first recorded in 1062 as Upmynstre, from the Old English upp, meaning high, and mynster, meaning large church (the first part of the name refers to the rising ground above the Ingrebourne River).  It  remained rural throughout much of its history,  although it is  now a remote suburb of London, at the eastern extremity of the District Line.

The church of St Laurence was originally built here in the early Medieval period, the Tithe Barn and Hall in the late Medieval.

A number of other surviving buildings were built here in the post-Medieval period, including Frank’s Farmhouse and Great Tomkyns.

The church of St Laurence was originally built here around the turn of the eleventh and twelfth centuries, and subsequently partially rebuilt in the thirteenth.  Essentially only the base of the tower remains from the original church.

Upminster Tithe Barn, a masterpiece of Medieval timber construction, dates to the middle part of the fifteenth century.  It was probably once used by the monks of nearby Waltham Abbey. 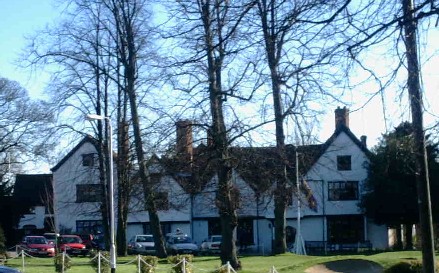 The oldest part  of nearby Upminster Hall also dates to the fifteenth century.  The building was once a hunting lodge, and is now the club-house of the Upminster Golf Club.