The stews of Bankside in Southwark were licensed by the Bishops of Winchester, so the prostitutes who worked in them  were known as “Winchester Geese”.  When they died, they were interred, with the other “Outcast Dead”,  in an unconsecrated burial ground now known as  “Cross Bones Graveyard”, on Redcross Way.  The graveyard remained in use up until the nineteenth century. 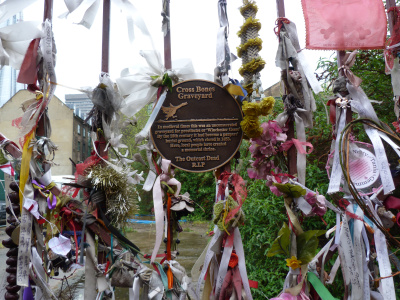 Entrance to the Crossbones Graveyard

A “Museum of London Archaeology Service” monograph describes in detail the findings of recent archaeological excavations at the site.  One of the excavated skeletons, of a  nineteenth-century woman,  aged only around sixteen to nineteen,  exhibited pathological indications of advanced syphilis.  Research undertaken for an episode of the BBC television series “History Cold Case” in 2010  indicated  that this skeleton was likely to be that of one Elizabeth Mitchell, who is recorded as having been admitted to nearby St Thomas’s Hospital suffering from the running sores all over the body symptomatic of advanced syphilis, and as having died there, on 22ndAugust 1851, aged nineteen. 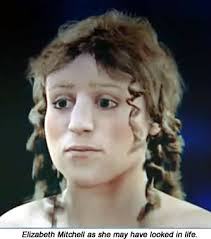 Having recently been at least temporarily spared from “development”, the site is currently in the process of being transformed into a community garden of remembrance (under the auspices of the Bankside Open Spaces Trust).  It may be visited between 11am-2pm on weekdays.  Regular vigils for the dead are also held there, at 7:00 pm on the 23rd of every month. 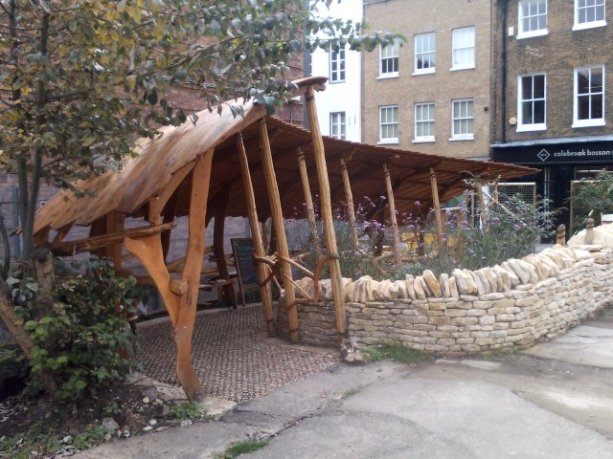 The recently-completed goose-wing shelter in the community garden

2 thoughts on “The “Winchester Geese” of the “Cross Bones Graveyard””