The priory of St Mary of  Bethlehem (“Bedlam”) was originally founded just outside Bishopsgate in the City of London in 1247, becoming a hospital  in 1329,  a mental hospital of a sort in  1403, and infamous for the shameful ill-treatment of its inmates by all and sundry thereafter.

It survived the Great Fire of 1666, but nonetheless required to be rebuilt  – as “The Palace Beautiful” – by Robert Hooke in Moorfields in 1675. 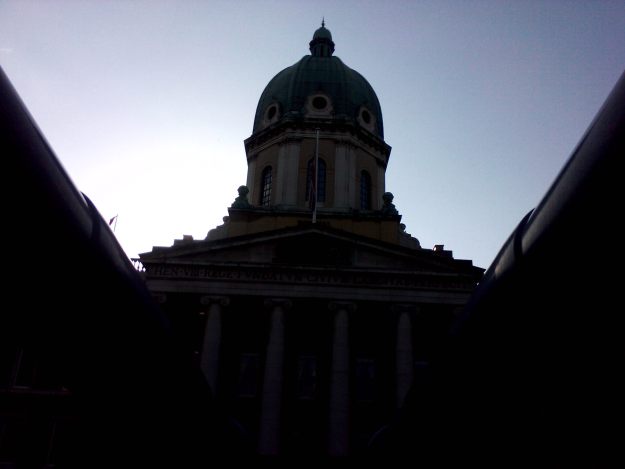 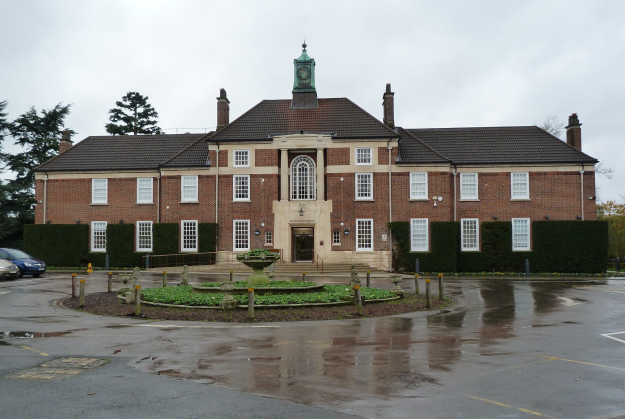 … and finally relocated to the site of a former country house estate in Beckenham in the Borough of Bromley in Kent in 1930.

Corporation “Blue Plaques” mark  the two former City sites of the hospital (the Southwark site survives to this day, and has housed the Imperial War Museum since 1936).

The Danish sculptor Caius Gabriel Cibber’s (1630-1700) extraordinary statues of figures representing “Raving and Melancholy Madness”, that used to stand outside the old hospital in Moorfields, may now be seen inside the museum of the new one in Beckenham.

Also in the museum are other artefacts from the various incarnations of the hospital, including a padded cell, a strait-jacket and other restraints, and an Electro-Convulsive Therapy Kit.

Archaeological excavation work is currently ongoing on the  associated burial ground just outside Bishopsgate, originally established in 1569.  Among the 20000 or so Londoners  known from surviving records to have been laid to rest here are Robert Lockyer, a Leveller executed by firing squad during the Civil War, in 1649; and a number of people killed in Thomas Venner’s rebellion, in 1661.  Also  a large number who died in the Great Plague in 1665 (including one Mary Godfree, whose gravestone has recently been found).