Newington Green was first recorded in 1480  as Newyngtongrene, referring to a village green near (Stoke) Newington.  It is said that Henry VIII hunted hereabouts, and installed mistresses in a house here.

The green is the home of the oldest surviving brick-built terrace in London, dating to 1658.  In 1758, the dissenting minister and radical moral philosopher Richard Price moved into one of the houses in the terrace, and began preaching  at the nearby Newington Green Church (founded in 1708). 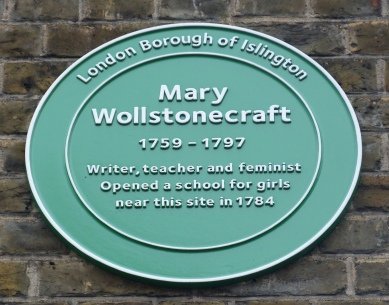 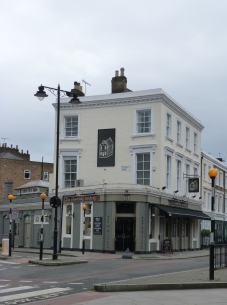 The area had become an important centre for Non-Conformism after the passage of Clarendon’s “Corporation Act” in 1661, “Act of Uniformity” in 1662, “Conventicle Act” in 1664, and “Five Mile Act” (“An Act for restraining Non-Conformists from inhabiting in Corporations”) in 1665.