Hayes was first recorded in 1177 as Hesa, from the Old English haese, meaning “heath-land” (although archaeological evidence indicates that the area had also been occupied during Roman times).  Tax records   for 1301 list 26 families, and imply  a population at that time of around 140 individuals.   Around half of the population is believed to have died during the “Black Death” of 1348-49.

Hayes remained  a small village for most of its history, only beginning to become  suburbanised after  the coming of the West Wickham and Hayes Railway in 1882.  It is now administratively part of the London Borough of Bromley.

Church of St Mary the Virgin 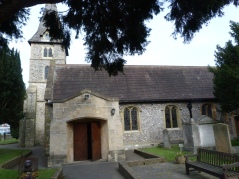 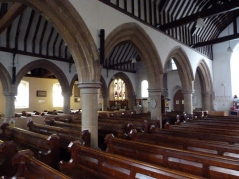 The church of St Mary the Virgin was probably originally built here sometime in the twelfth century, there being documentary records of a rector here at least as long ago as 1177.  It was subsequently entirely rebuilt in the Norman or Romanesque style in 1250, remodelled in the Gothic style in 1400, and extended in 1500, when the fine king-post roof was added.  It has also been much modified in more modern times, most notably by Sir George Gilbert Scott between 1856-61. 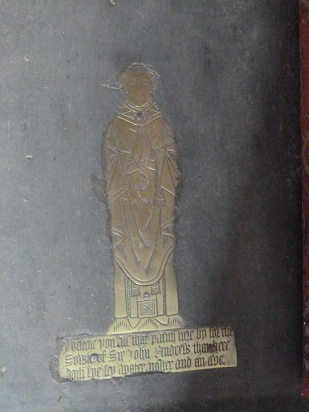 In the bell tower are six bells, the oldest made by Robert Mot of the Whitechapel Foundry in 1602 (essentially as a replacement for those removed during the reign of Edward VI in 1552).

A house known as Hayes Place was built just to the  west of the church at least as long ago as the mid-seventeenth century, for the aristocrat Scott family.  The house later came to be occupied by the literary critic, patron of the arts and salonist Elizabeth Montagu (1718-1800), whose house- guests included many famous literary figures, especially women (“blue-stockings”); by  the sometime Prime Ministers William Pitt the Elder (1708-1778), and William Pitt the Younger (1759-1806), whose guests included Nelson and Wellington (*); and by the banker and local benefactor Sir Everard Alexander Hambro (1842-1925).  It  was eventually demolished in 1934.

(*) The Pitts are both buried in Westminster Abbey.