Hayes was first recorded in  an Anglo-Saxon charter of 831 as Haese, from an Old English word  meaning “heath-land”.  It was a small village for most of its history, only beginning to become  suburbanised after the coming of the Grand Junction Canal in the late eighteenth century and the Great Western Railway in the mid-nineteenth.  It is now administratively part of the Urban District of Hayes and Harlington in the London Borough of Hillingdon. 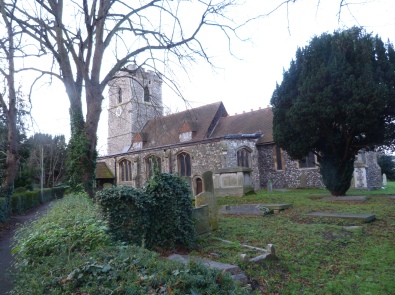 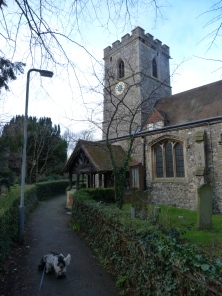 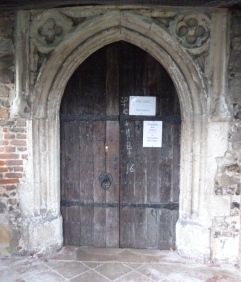 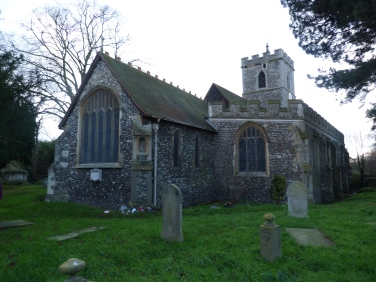 The original church of St Mary was probably built here sometime in the Saxon period, being mentioned in the Norman Domesday Book of 1086.  The present church was built in the early Medieval period, in the twelfth or thirteenth century (*); and extended in the late Medieval, in the fifteenth century, when the north aisle and tower were added; and again in the post-Medieval, in the sixteenth century, when the  south aisle, south porch and lych-gate were added. 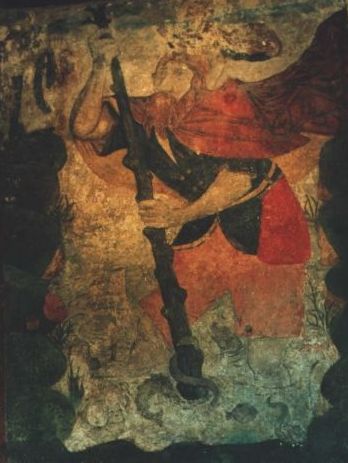 In the nave, the font,  mural of St Christopher, piscina and sedilia survive from the Medieval period. 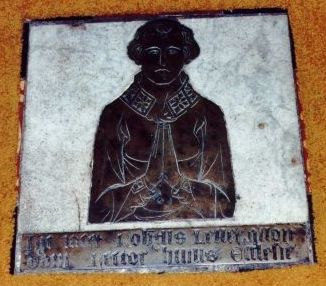 In 1534, Henry Gold, the “Vicar of Hayes”, an accomplice of the traitress Elizabeth Barton (the “Holy Maid of Kent”), was executed alongside her  at Tyburn.  And in 1650, Patrick Young, Rector, was ejected from his post, for refusing to follow the rule of the Independents during the Civil War.