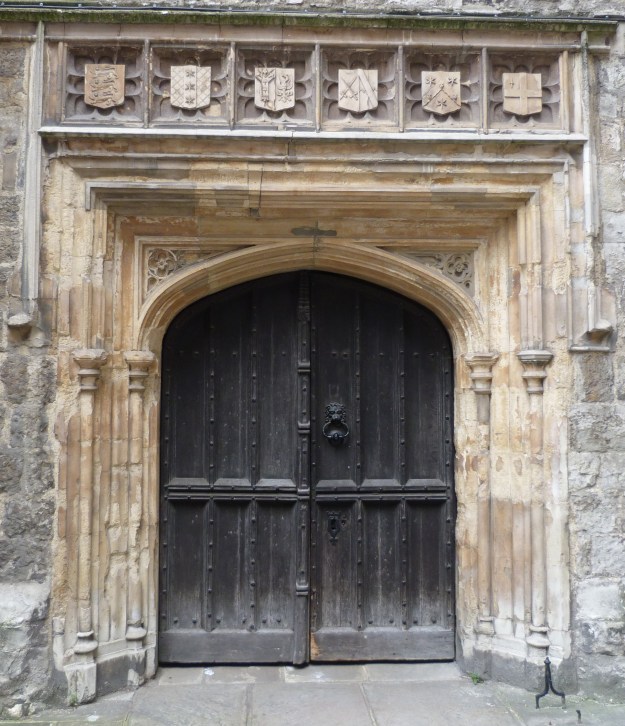 The church of St Andrew Undershaft was originally  built in the twelfth century, and rebuilt in the fourteenth, and again, in the Perpendicular Gothic style, in around 1520-32.  It was undamaged in the Great Fire, although the seventeenth-century stained-glass windows were destroyed by an IRA bomb in 1992. 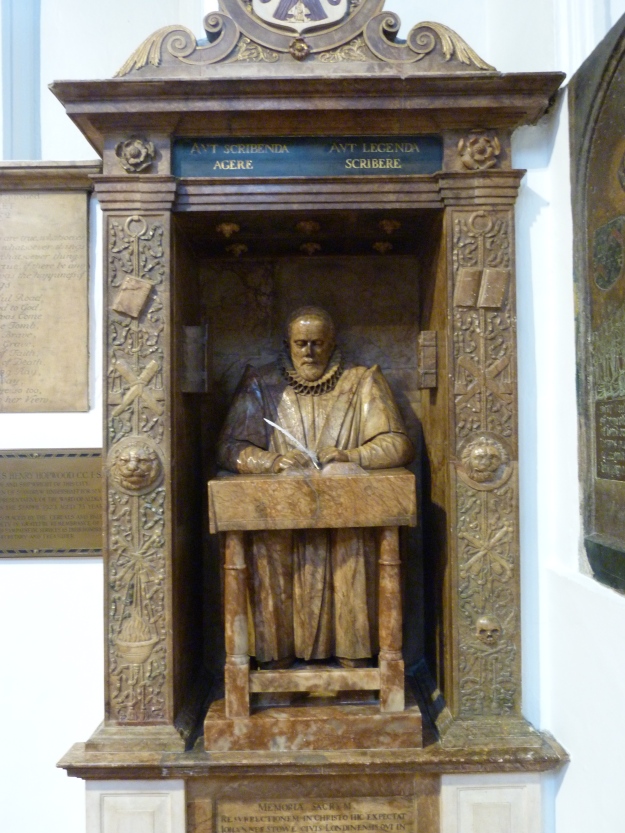 The artist Hans Holbein was a parishioner here.  Among the many memorials inside is   one to the Merchant Taylor and amateur antiquarian John Stow (d. 1605), the author of “A Survay of London” (the famous last  words of which were “And so I end, wanting time to travel further in this work”). 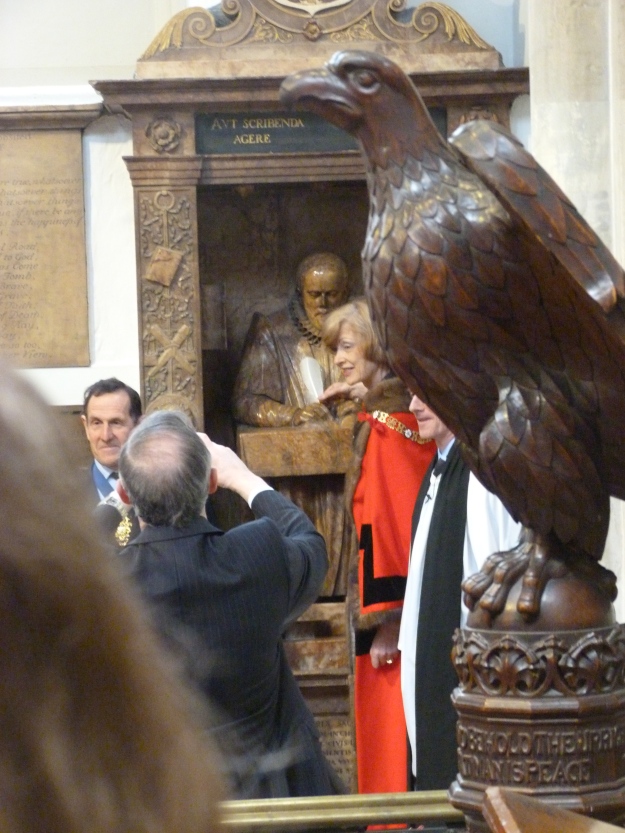 Stow appears  with a quill-pen in his hand.  Every third year, on or around the anniversary of his death on April 5th, as part of a special service in his memory, he   is ceremonially presented  with a new quill (and his old one is given to the  winner of an essay competition for local children, with London as its subject).