Carshalton was first recorded as Aeuueltone in an Anglo-Saxon charter of 727 (Aulton in the Domesday Book of 1086), and as Kersaulton in 1218, the name meaning, in Old English, the farmstead, estate or settlement (tun) by the spring (aewell) where the water-cress (caerse) grows (*).  The area remained at least semi-rural throughout much of its history – and water-cress is still grown here to this day (**).  It comprised five manors in the Saxon period, one in the Norman, and two in the later Medieval, one of  them associated with a manor-house named Carshalton Place, which was demolished in the early twentieth century.  The church of All Saints was originally built here in the Saxo-Norman period.  Carshalton House was built here in the eighteenth century; and the housing developments of Carshalton Beeches and Carshalton on the Hill, on the former open land of Carshalton Fields and Carshalton Down, in the twentieth.  Carshalton is part of the London Borough of Sutton, and houses the Borough’s Heritage Centre, which contains extensive collections of ceramics, including  much Medieval  “Cheam Ware”.  Its centre is a conservation area of outstanding interest. 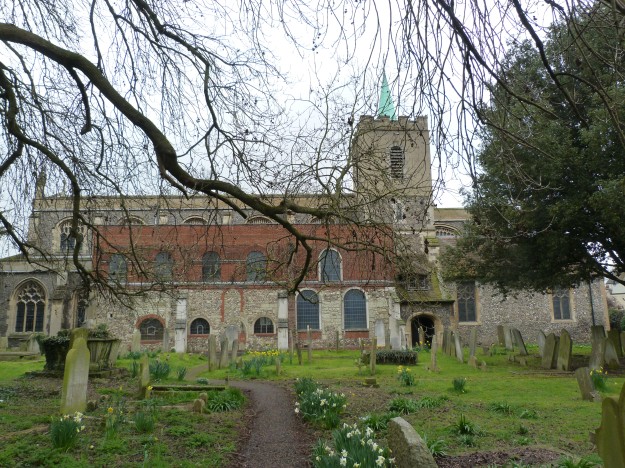 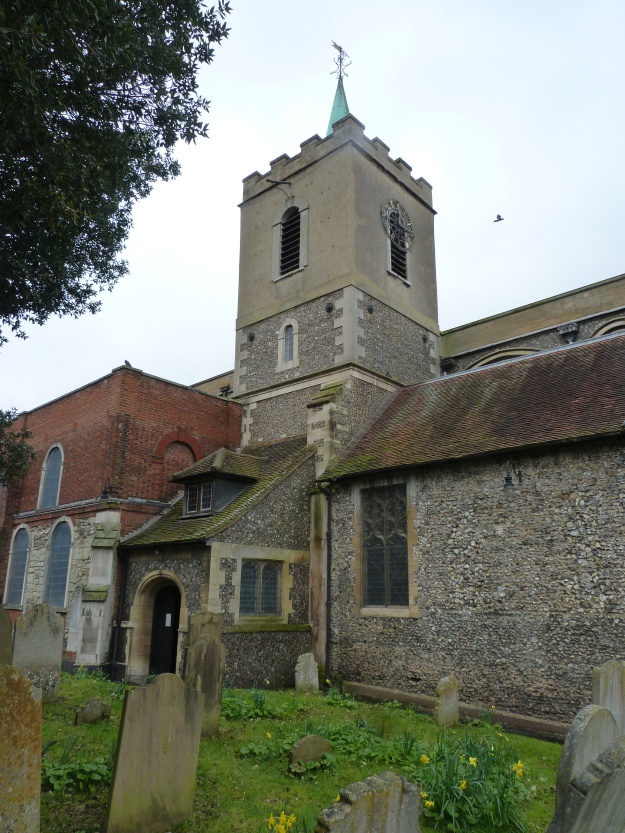 The church of All Saints was originally built in the Saxo-Norman period, and extended in the later Medieval, and subsequently substantially rebuilt in the late nineteenth to early twentieth centuries.  The oldest surviving part is the tower, at least the lower part of which dates to the eleventh century.  The south part of nave and the chancel are on a slightly different alignment, and are  later additions, by the Boulogne family, which date to the turn of the twelfth and thirteenth centuries (the north part of the nave is part of the recent rebuild).  The timber roof dates to the fourteenth century.

There are some surviving Medieval to post-Medieval memorials in the church, including that to Nicholas Gaynesford, Sheriff of Surrey and Sussex (d. 1498).

There are also some interesting eighteenth-century memorials, including those to Sir William Scawen, Governor of the Bank of England (d. 1722), and to Sir John Fellowes, Sub-Governor of the South Sea Company (d. 1724).

(*) The spring alluded to is one of the headsprings of the River Wandle, a southern tributary of the Thames.

(**) The area is or was also known for lavender and mint, and for the light industries of the “Wandle Mills”, producing, among other things, snuff, paper and bleached calico.