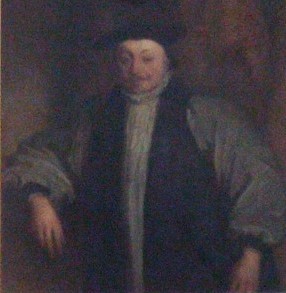 On this day in 1645, during the Civil War, Archbishop William Laud was executed on Tower Hill for high treason.  After his execution, his headless body was temporarily buried in the church of All Hallows by the Tower before being moved to its final resting place in the chapel of St John’s College, Oxford.

Laud had previously been made Bishop of London in 1628, and Archbishop of Canterbury in 1633, and become known for his “High Church” views, and his fierce opposition to and persecution of Puritans.  While Bishop of London, he had consecrated the newly-rebuilt church of St Katharine Cree in 1631.  He had also commissioned Inigo Jones to undertake restoration works on St Paul’s Cathedral.