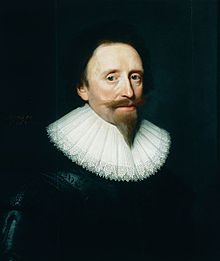 On this day in 1617, a riot took place in London, as described in a letter written by John Chamberlain  to Sir Dudley Carleton, as follows:

“On … Shrove Tuesday, the ‘prentices, or rather the unruly people of the suburbs, played their parts in divers places, as Finsbury Fields, about Wapping, by St Catherine’s, and in Lincoln’s Inn Fields, …  in pulling down of houses, and beating of guards that were set to keep rule, specially at a new playhouse, some time a cockpit, in Drury Lane, where the queen’s players used to play.  Though the fellows defended themselves as well as they could, and slew three of them with shot, and hurt divers, yet they entered the house and defaced it, cutting the players’ apparel into pieces, and all their furniture, and burnt their playbooks, and did what other mischief they could… .  There be divers of them taken since and clapped up, and I make no question but we shall see some of them hanged next week, as it is more than time they were”.

It was not an isolated event.  Between 1606 and 1641, there were a total of 24 such Shrove Tuesday riots, generally targeting “bawdy-houses”.   And on Tuesday March 24th, 1668, there was another particularly large one, involving tens of thousands of the populace, and described by Samuel Pepys  in his diary.