On this day in 1581, Elizabeth I visited Francis Drake’s ship, the “Golden Hind(e)” (*), which had been “drawn into a creek … at Deptford as a perpetual memorial for having circuited round about the whole earth”, and “consecrated it with great ceremonie, pompe and magnificence eternally to be remembered”; and knighted Drake.  The ship  remained at Deptford for about 100 years, until it started to disintegrate and had to be broken up.  A  plaque on the water-front there marks the site and commemorates the event. 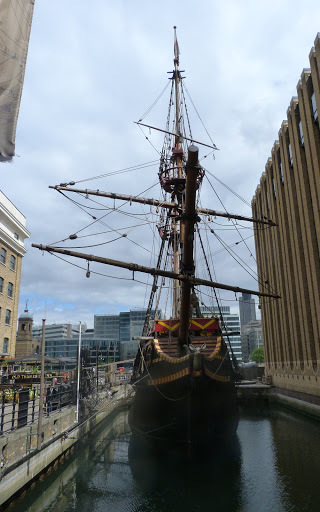 (*) Originally named the “Pelican”, the ship was re-named the “Golden Hind(e)” in honour of one of Drake’s patrons,  Sir Christopher Hatton, whose coat-of-arms featured the device of a golden hind.