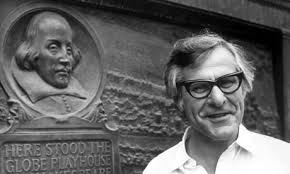 On this day in 1644, “The Globe” was demolished by order of the Puritan City authorities (and the site redeveloped by Sir Matthew Brand or Brend). The play-house had originally been  built in 1599 by the theatrical impresario Cuthbert Burbage, using some materials salvaged from his father James’s “The Theatre” in Shoreditch, after the expiry of the lease on that latter property.  It had then burnt down in a fire in 1613, after sparks from a theatrical cannon set some thatch alight during a performance of Shakespeare’s “Henry the Eighth”, and been rebuilt in 1614, before falling into disuse sometime around 1642, when the performance of plays was banned by an Act of Parliament forced through by the Puritans (reading, in part: “It is … thought fit, and Ordained, …  That, while these sad … Times …  do continue, Public Stage Plays shall cease, … instead of which are recommended … the profitable and seasonable considerations of Repentance, Reconciliation, and Peace with God, which probably may … bring again Times of Joy and Gladness to these Nations”).

“The Globe” was “Shakespeare’s (own) play-house, and the venue where many of his plays were first performed”.