On April 15th, 1945, shortly before the end of the Second World War, the Nazi concentration camp at Belsen was liberated by the advancing British Army.  It was subsequently established that some  70,000 camp inmates died, or were  killed, here over the course of the war, 14,000 of them in the days and weeks after the liberation.   Most of the dead were Jews from all over occupied Europe, including, famously,  the diarist Anne Frank, and her sister Margot, from Amsterdam in the Netherlands.  Note, though, that many  Russian Prisoners-Of-War also died  in Belsen (which had been  used as a P.O.W. camp until 1943). 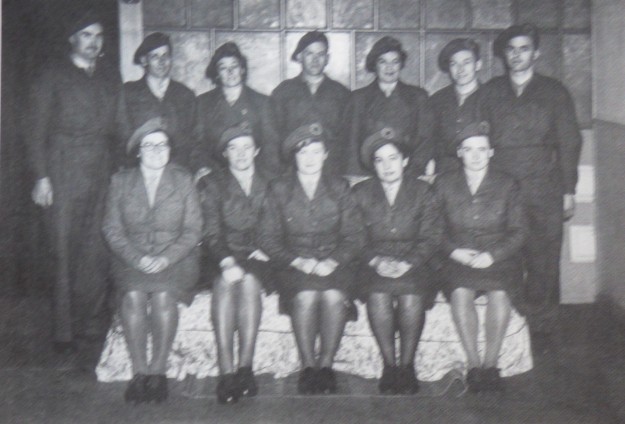 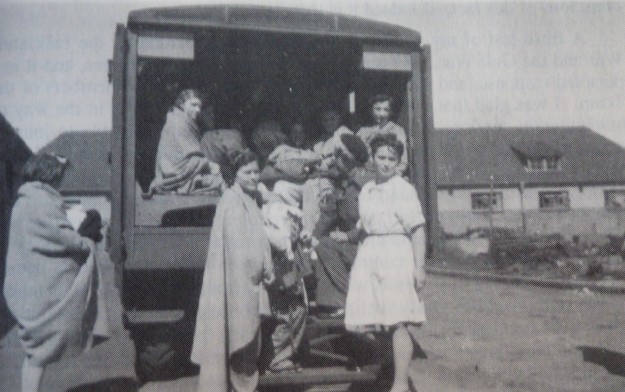 On  April 21st, 1945, a team from the Friends [Quakers] Relief Service arrived to help clear the camp, to comfort the many dying inmates, and to care as best they could for the surviving ones.

My uncle, Eryl Hall Williams, was among them.  In his 1993 book,  “A Page Of History In Relief”, he wrote of the conditions encountered in the camp, in part as follows:

“All figures are unreliable, but the camp appears to have contained some 60,000 people in the worst possible conditions of overcrowding, starvation, squalor and disease [this number includes 10,000 dead].  The Army had been at work for 6 days before the Red Cross teams arrived.  All the soldiers working in Camp 1 were volunteers.  So moved were they by the frightful condition of the internees that they had given  up their month’s ration of sweets and cigarettes on their behalf, and a neighbouring unit also gave up their blankets.

The camp consisted of about a square mile of army huts, divided into three blocks, the Men’s Lager, the Women’s Lager, and outside the inner wire, the S.S. quarters.  Conditions in the Camp were not too bad until January 1945, it seems, when there was a vast influx of internees [arriving at the end of “death marches”] from camps further east.  But when the British arrived, internees were packed at about 600 per large army hut, without running water or working sanitation.  They had had nothing to eat for a week: before that for two months they had had 1 pint of swede soup each per day; before that for four months 2 pints of swede soup and a piece of bread each per day.  They were dying at the rate of 600 per day of starvation and disease.  Typhus was endemic.

The impression of the first to enter was of an enormous horde of people reduced to the animal level.  Cannibalism was said to have been witnessed by a Major of the R.A.M.C. [Royal Army Medical Corps] and is referred to in some detail in Dr. Fritz Leo’s account.  In some of the huts, the sights, smells and sounds were beyond endurance.  Everywhere was the vast concourse of scarecrow people, bodies incredibly emaciated, and faces stamped with a single expression of despair”.

2 thoughts on “The Liberation of Belsen”