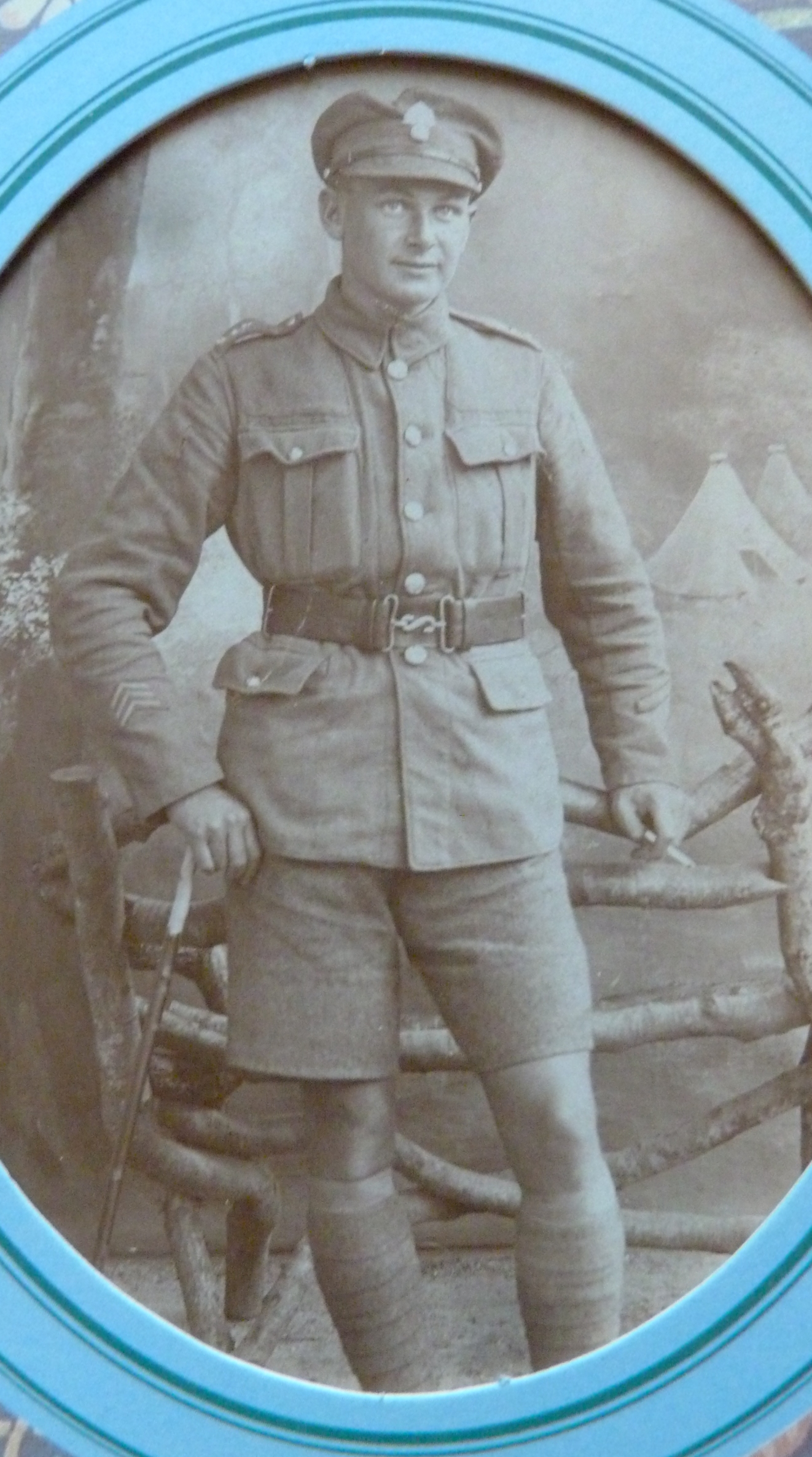 On this day in 1918, exactly 100 years ago, during the Hundred Days Offensive that eventually won the war, my maternal grandfather (Grandad) Charles Reuben Clements, was seriously wounded by shrapnel in the left arm (elbow) and leg (thigh, knee and ankle) (*).  On September 15th, he was repatriated to the U.K., where he  spent the remaining two months of the war in hospital.

Charles was from London, and had enlisted in the 24th (2nd Sportsman’s) Battalion of the City of London Regiment (the Royal Fusiliers) on June 4th, 1915, and been  given the regimental number 3526.  It is evident from Army Form 172B, a copy of which I have in my possession, that he lied about his age when he signed up, claiming to be 22. Also, that he was 5’6” tall, and weighed 130lbs (9st4lbs).  He went on to serve on the Western Front for three years, fighting in the Battles of the Somme, the Ancre, Arras and Cambrai, among others.

After the war, he returned to his job as a gentleman’s outfitter in London, and died there in 1958. Sadly, I was only three months old when he died, and have little to remember him by bar these bald facts of his life.

(*) Judging from the regimental war records (“The Royal Fusiliers in the Great War” by H.C. O’Neill), it is most likely that he incurred his injuries during the 2nd Division’s attack on Moeuvres, on the Siegfried Line.

1 thought on “Lest We Forget”