Hever Castle, which is situated near Edenbridge in Kent, some thirty miles south-east of London,  was originally built by the de Hever(e) family in the thirteenth century.   In 1462, it entered the possession of the sometime Lord Mayor of London, Sir Geoffrey Bullen, and was converted by him into a moated manor-house.  It remained in the Bullen, or Boleyn, family, until 1540, and became the  childhood home of Anne Boleyn, who went on to become the second wife of Henry VIII, after her father Thomas inherited it in 1505 (Anne of Cleves, Henry’s fourth wife, also lived here, from 1540-57).  In 1557, it came to be owned by Sir Edward Waldegrave, and it remained in his family until 1715.  It was later owned in turn by the Humphreys family, from 1715-49; by the Waldo family, from 1749-1903; and by the Astor family, who undertook extensive repair and renovation works on it, from 1903-83.  Since 1983, it has been owned and managed by a private company, Broadland Properties.

The oldest surviving part of the building is the gate-house, which dates to the Medieval period.

Post-Medieval features of note include the Inner Hall, 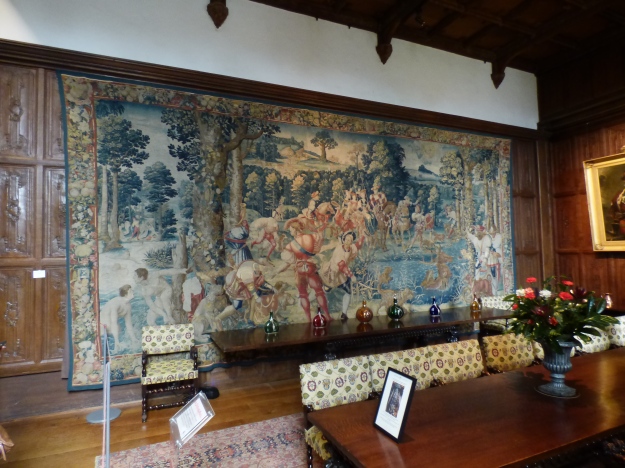 the Staircase and Long Galleries,

and, most evocatively of all, the Morning Room, with its priest-hole,

and the Waldegrave Room, with its private Oratory Chapel (the  Waldegraves had remained practising Catholics even after the Protestant Reformation).

and Italian Gardens are chiefly the later works of the Astors.