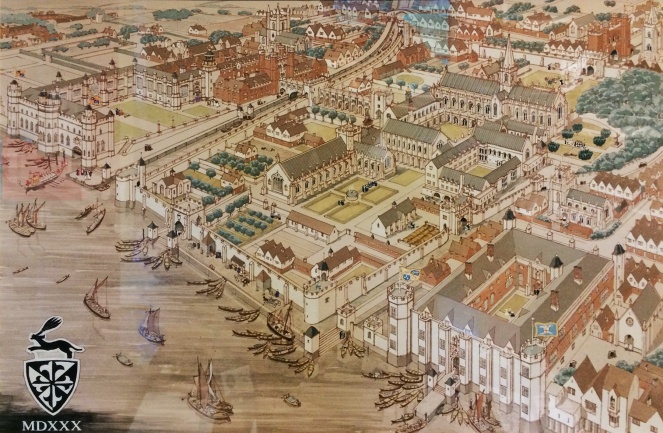 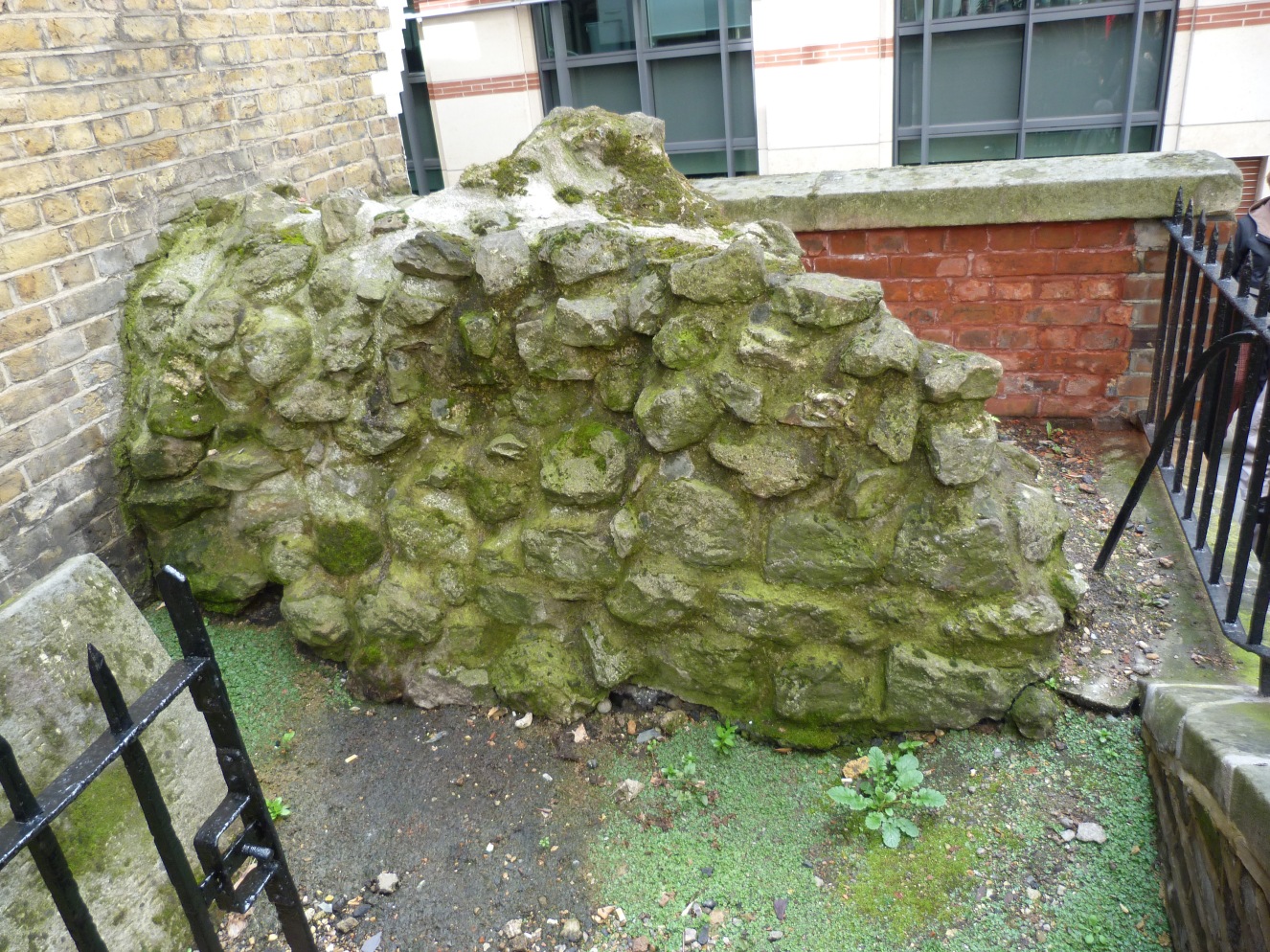 Blackfriars Priory was built  in 1278, and dissolved in the reign of  Henry VIII in 1538, and the site was subsequently substantially destroyed during the Great Fire of London in 1666. 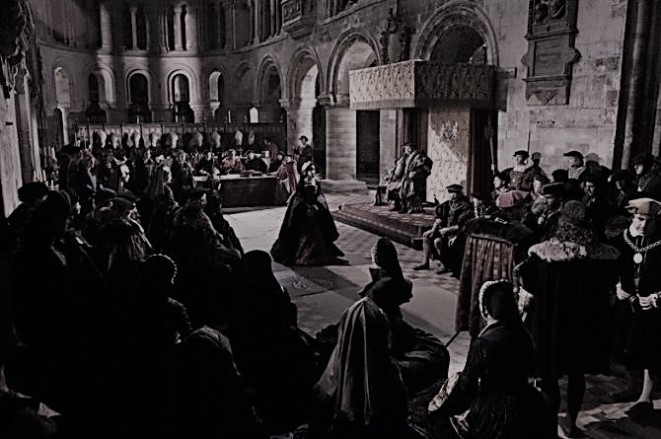 It was in the Parliament Hall of the Priory in 1529 that the Legatine Court convened to discuss Henry VIII’s proposed annulment of his marriage to Catherine of Aragon (which was intended to free him to wed Anne Boleyn).  The Court, including  the Papal Legate, Cardinal Lorenzo Campeggio, and the King’s representative, the Archbishop of York, Cardinal Thomas Wolsey,  finally ruled against the King, with far-reaching and long-lasting consequences. 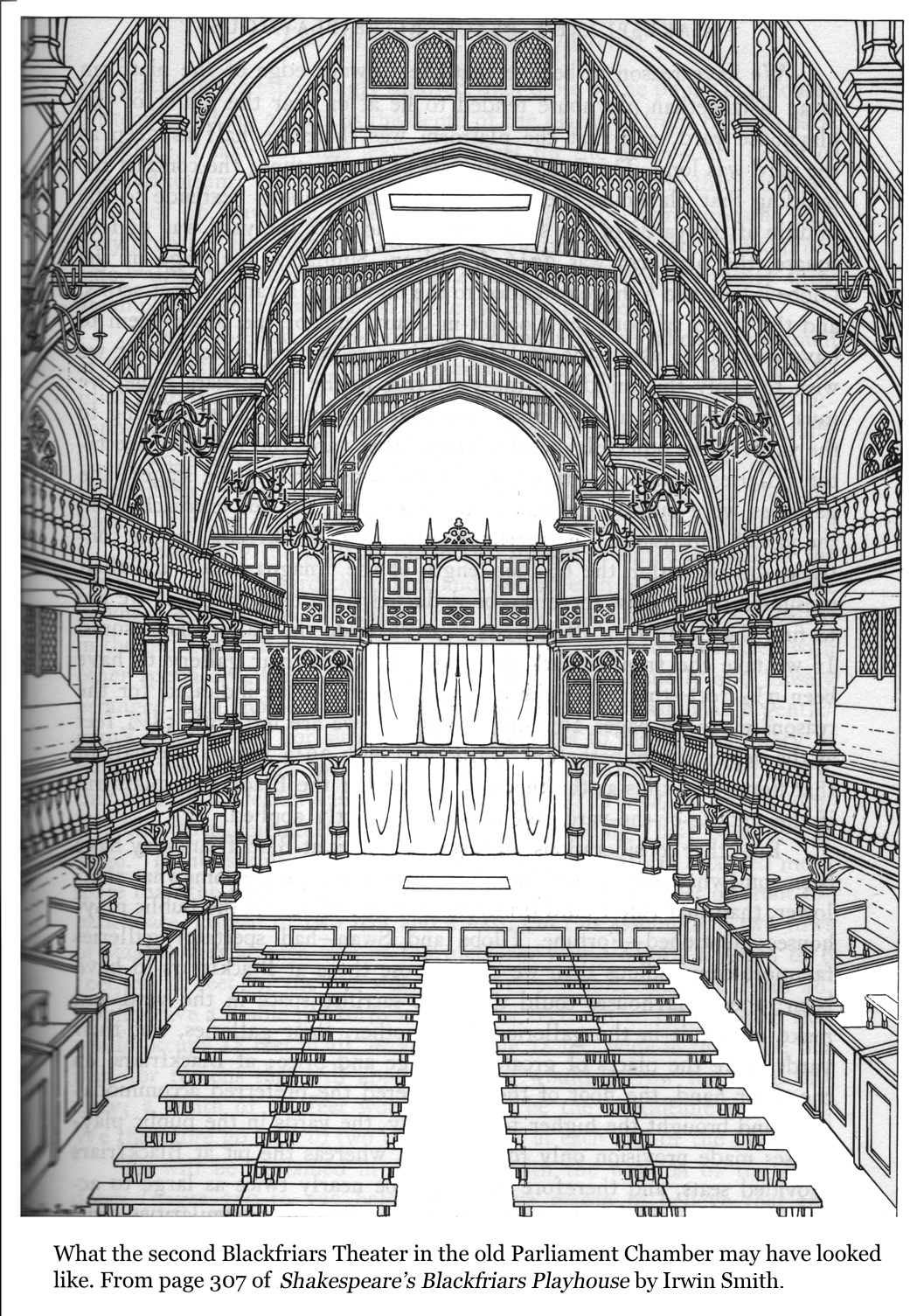 The first “Blackfriars Theatre” was built, on the site  of the Great Hall of Blackfriars Priory, by Richard Farrant, in 1576; the second, on the site of the aforementioned Parliament Hall, by  James Burbage, between 1596-1600, remaining in use until it was closed down by the Puritans in 1642, and then ending up being demolished in 1655.    The  “Second Blackfriars”, was covered, and was used by theatre companies – including, from 1608, Shakespeare’s “King’s Men” –  throughout the year, including in the  winter,  when the open-air “Globe” and “Rose”  playhouses in Southwark were rendered unusable by bad weather.  It  was also an “all-seater”,  seating 700 in some – although not much – comfort, and charging 6d a head (in contrast, the “Globe” seated or stood more (2-3000), but charged less (from 1d a head)).  It was extremely popular with the fashionable set, and equallly profitable.  Shakespeare owned a part share of it (he also owned a property, once the priory gate-house, in nearby Ireland Yard).  The  recently completed “Wanamaker Playhouse”, inside the reconstruction of the “Globe”, is similar in design to the “Second Blackfriars”, and conveys a real sense of what it would have been like.  A   sense of enclosed space, of intimacy, of proximity to the players, of exclusiveness perhaps.  Of  being surrounded by the shadowy  light of dancing candles and reflecting costume jewellery.  And of being surrounded by sound, and in interludes by the sound of music (it is thought that the music in some of Shakespeare’s later  plays, most particularly “A Winter’s Tale” (1609), “Cymbeline” (1610) and “The Tempest” (1610), was not only well suited to, but perhaps also  specifically written for, an indoor arena). 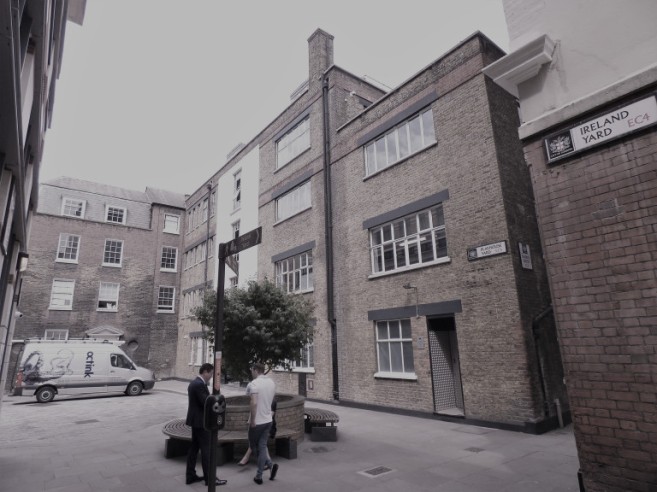