Foots Cray was first recorded as such in c. 1100 as Fotescraei, referring to an estate on the River Cray once owned by a Saxon man called Godwine  Fot (the church of All Saints was probably originally built in the Saxon period).  It remained rural  until the eighteenth century, when a watermill was built, light industry moved in and it became (sub)urbanised.   Its fortunes began to wane somewhat in the nineteenth century after  it was by-passed by the railway linking London to north-west Kent (the nearest station being built in nearby Sidcup). 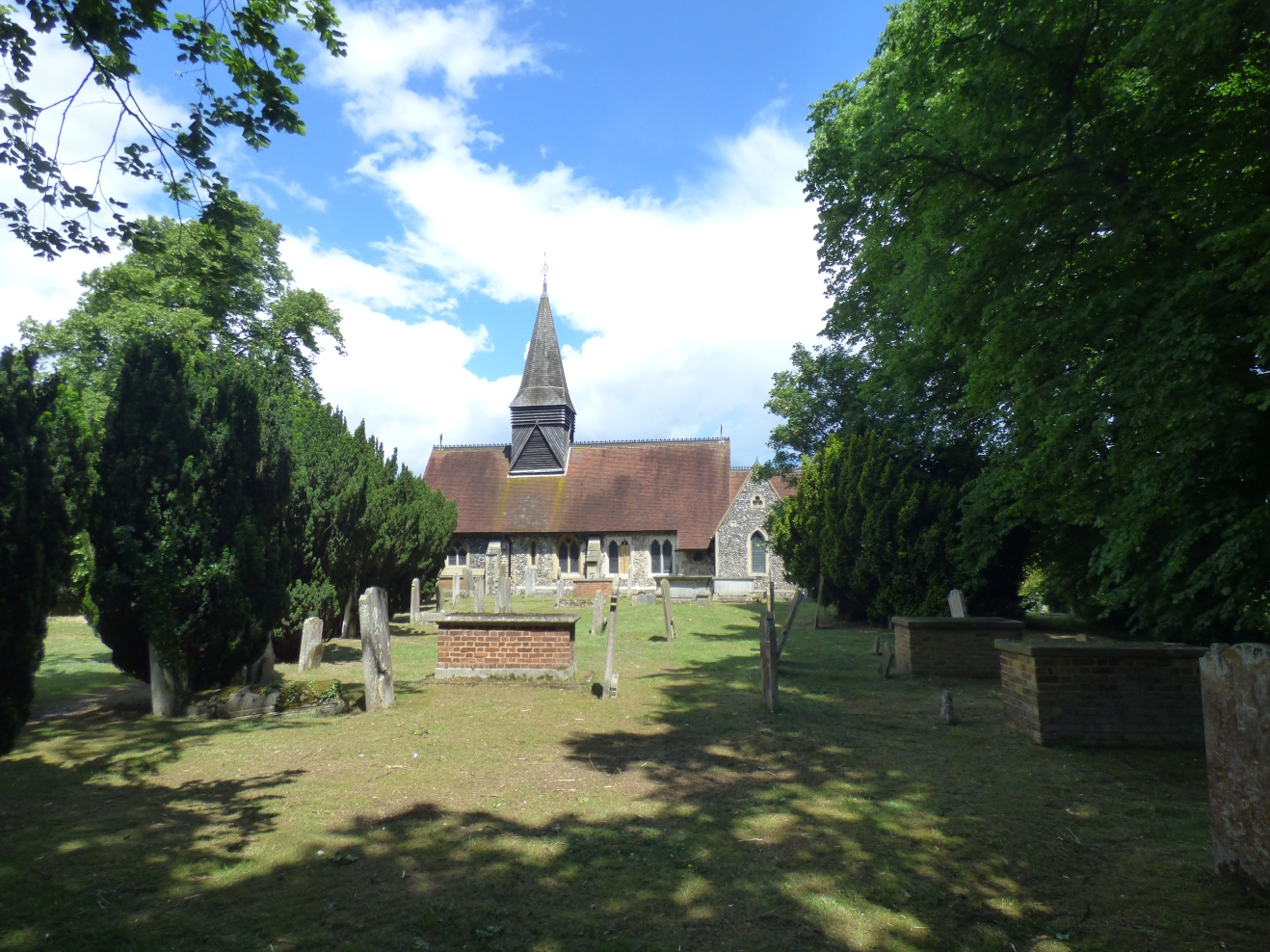 The church of All Saints was probably originally built in wood in the Saxon period, possibly at the time of the mission of Paulinus, the Bishop of Rochester,  in the seventh century.  It was subsequently rebuilt in stone in the fourteenth century, around 1330, and extended in the nineteenth, in 1861 and 1872.  Some of the windows date to the fourteenth century, the door-case and porch to the turn of the fifteenth and sixteenth, and the door to the mid-seventeenth.  In the interior of the church are a font dating to the twelfth century, and the altar-tomb of the one-time Lord of the Manor, Sir Simon de Vaughan, dating to 1350. In the churchyard is the grave of the “yeoman” Martin Manning, dating to 1656.