Scadbury was first recorded in 1254 as Scadhebir, from the old English scathe and burh, meaning “fortification used by robbers or thieves”. 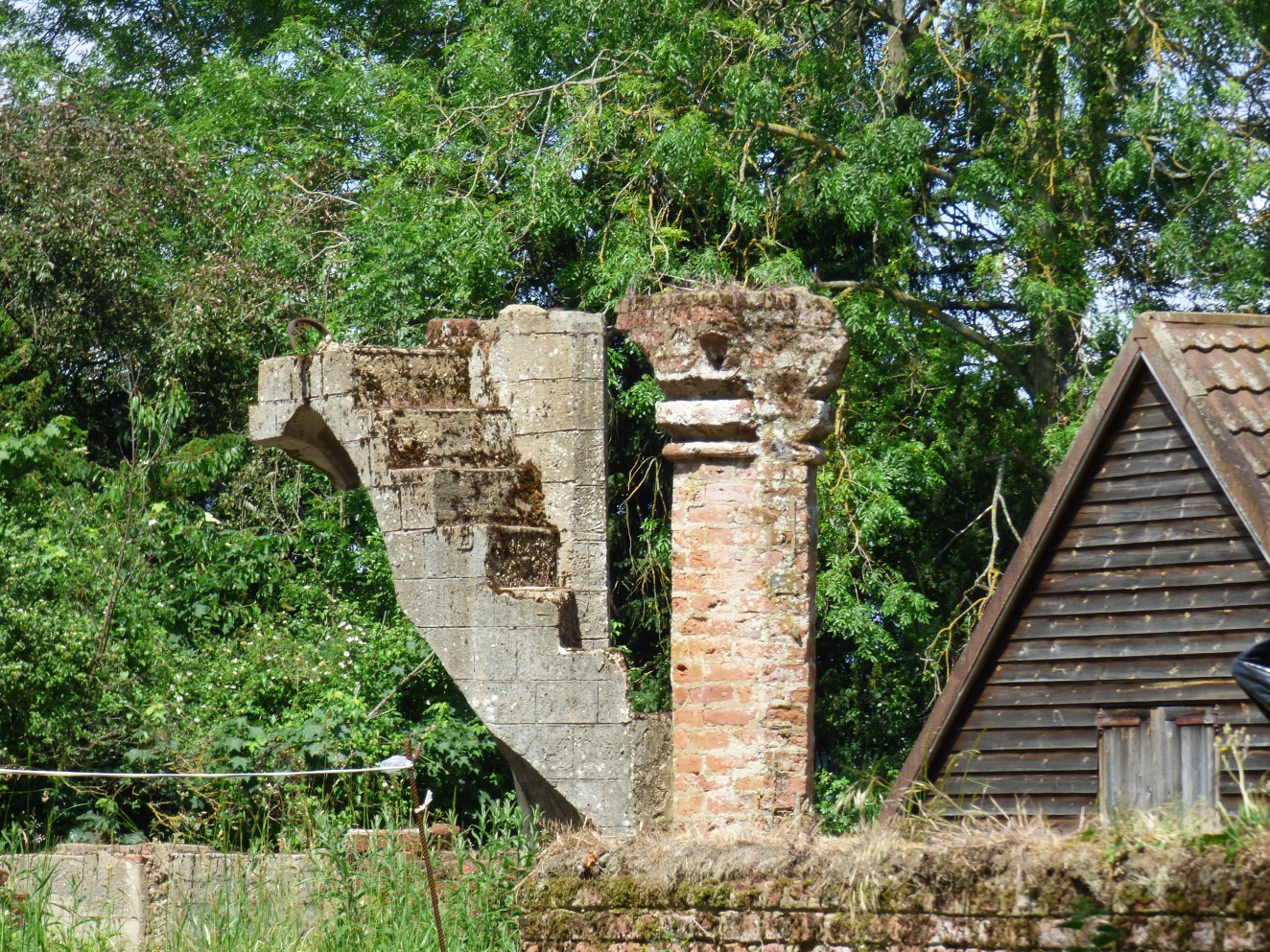 A moated manor-house was built here in timber by the wealthy de Scathebury family in the mid-thirteenth century.   It was rebuilt in brick by the equally wealthy and even-better connected Walsingham family, who also built the nearby church of St Nicholas  in the fifteenth, c. 1424.  The Walsingham family continued to live here  until the seventeenth century.  One member, Sir  Thomas, entertained Elizabeth I here in the late sixteenth.  The house was eventually substantially demolished by the by-then owners of the manorial estate, the Townshend family, in the eighteenth century.   Well-preserved footings and a few standing structures still survive, as does the surrounding moat.  The site may be viewed remotely from a vantage point at the end of a long approach-path leading to and from the St Paul’s Cray Road.  It is occasionally opened  to the public by the  Orpington and District Archaeological Society.