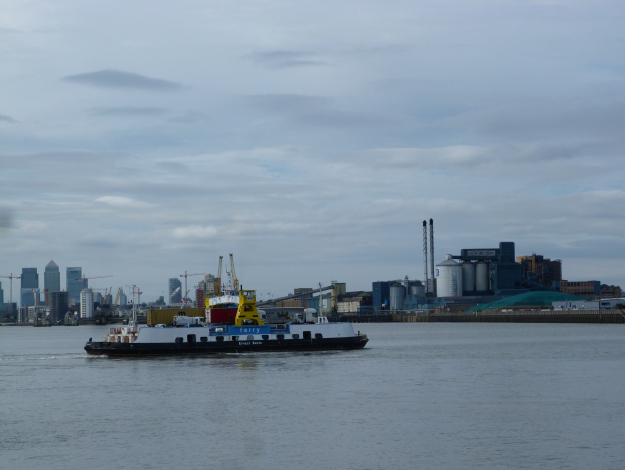 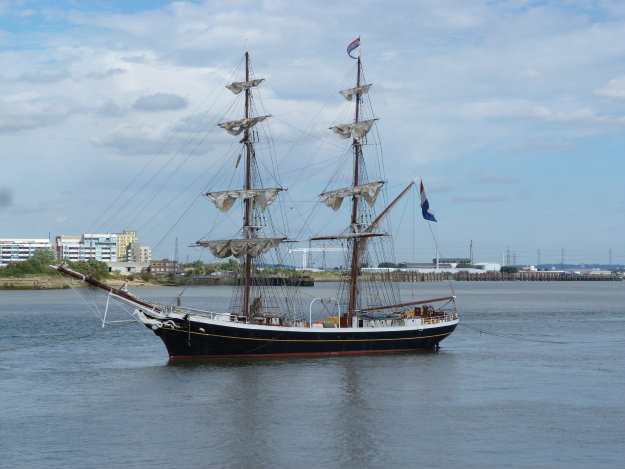 Woolwich was first recorded in 918 as Uuluuich, from the Old English wull, meaning wool, and wic, probably in this context referring to a riverside trading settlement (note, though, that there is also evidence of habitation here  in the earlier – late seventh- or early eighth- century – Anglo-Saxon, Roman and even prehistoric periods).  From the tenth century to the twelfth, it was ruled by the Abbots of St Peter’s Abbey in Ghent, who were given it by Alfred the Great’s daughter Aelfryth.  Woolwich remained a comparatively small rural settlement throughout the remainder of the Medieval period, but burgeoned into an important naval and military base and industrial town in the post-Medieval. Its fortunes began to decline in the twentieth century, after the naval and military bases ceased operations, although it has been undergoing something of  a regeneration in recent years.  Nominally part of Kent throughout much of its history, it is now part of the London Borough of Greenwich. 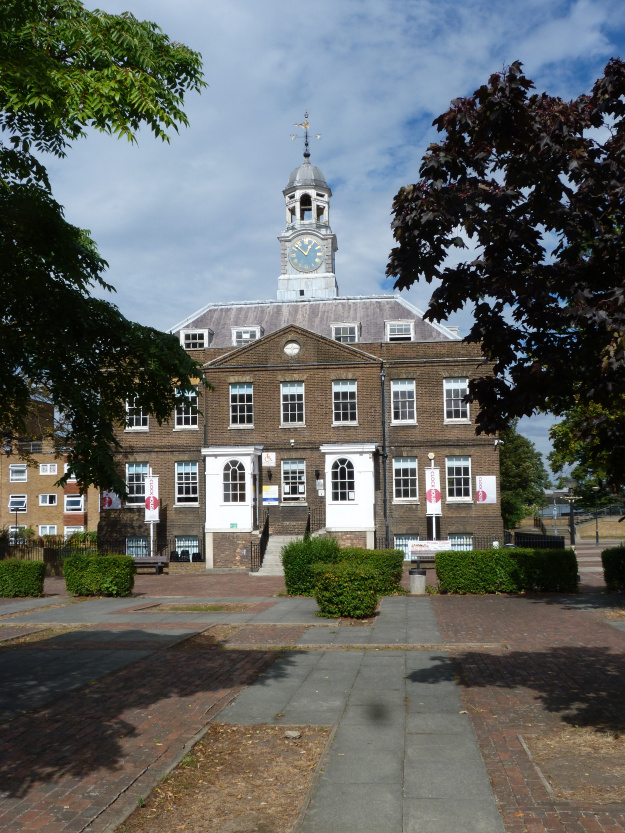 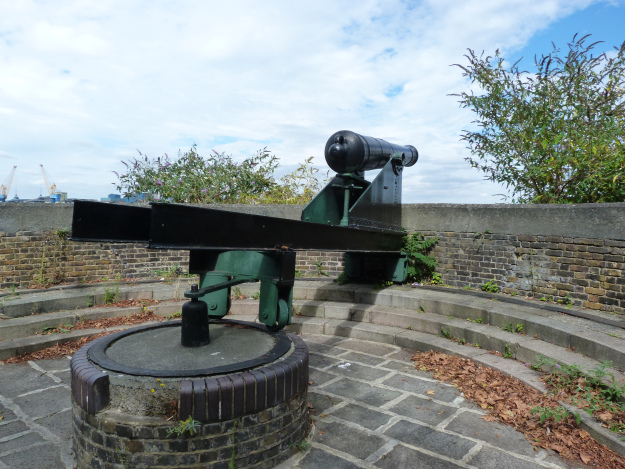 Woolwich Dockyard was originally founded here by Henry VIII in 1512, and remained operational  for nearly four centuries, during which time a  number of historically important ships were built here, including the “Henry Grace a Dieu” or “Great Harry” (in 1514), the “Prince Royal” (in 1610),  the “Sovereign of the Seas” (in 1637), the “Royal Charles” (in 1655), the “Dolphin” (in 1756), and the “Beagle” (in 1820).  It  was finally decommissioned  in 1869.  The oldest surviving building is the Dockyard Office, dating to 1783-4 (which it is now known as the Clock House).  Some associated structures also survive, both in Woolwich and in  the Woolwich Dockyard Estate in North Woolwich (i.e., on the north bank of the Thames). 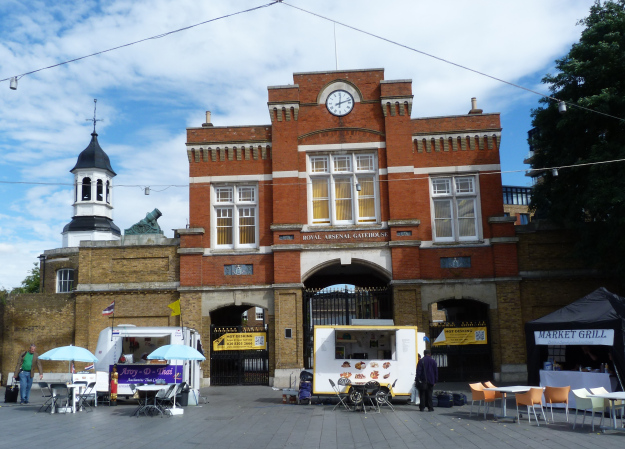 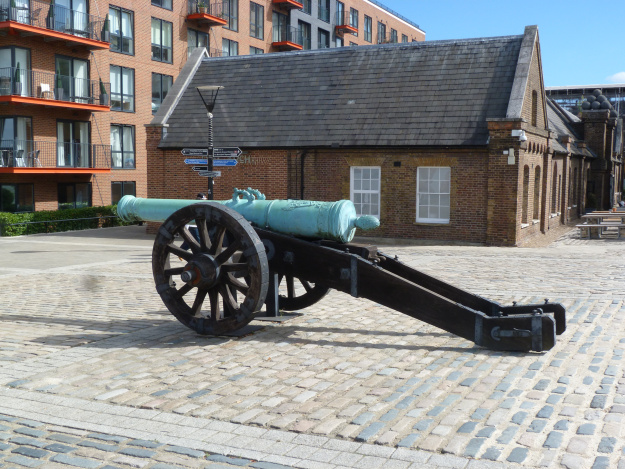 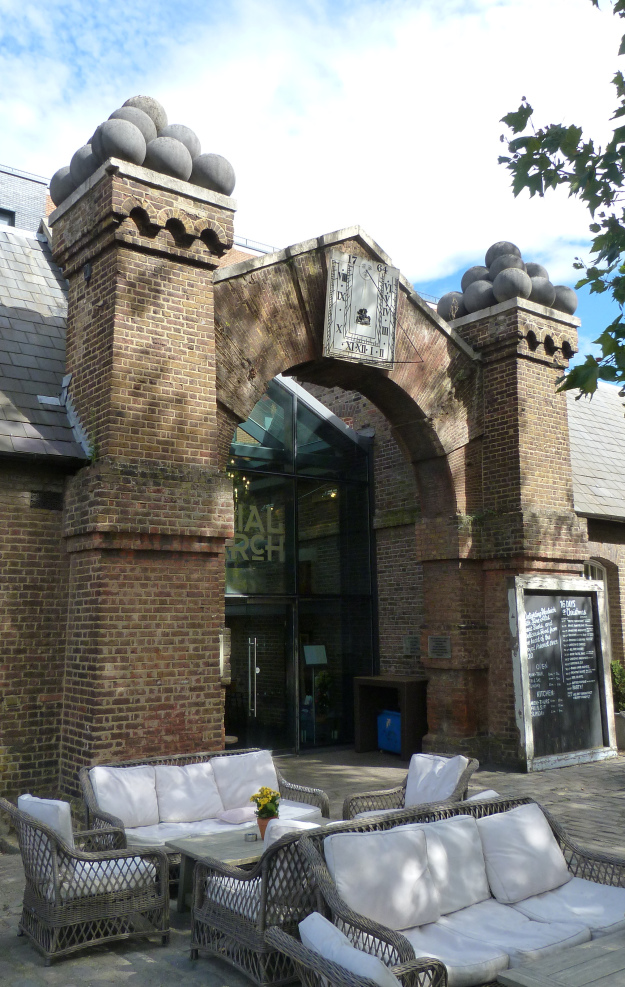 Woolwich Arsenal was originally founded here in 1671, and remained operational for nearly three centuries (i.e., throughout  the most important period of the growth of the British Empire, and both World Wars).  It was finally decommissioned in 1967.   The oldest surviving buildings are the Royal Brass Foundry, dating to 1716-17, and the Beresford Gate, the entrance to the Gun Machining Factory, dating to 1717-20.  The football club now known as the Arsenal was originally founded here – as   Dial Square – in 1886.  It changed its name in 1904, and relocated north of the river to Highbury in 1913.

The church of St Mary Magdalene was built in 1727-39, on or near  the site of an earlier   church, as one of the “fifty new churches” commissioned by Act of Parliament in 1711.  The interior contains a stained-glass window commemorating the seven hundred souls lost in the sinking of the paddle steamer “Princess Alice” in a collision at Tripcock Point in nearby Thamesmead in 1878.