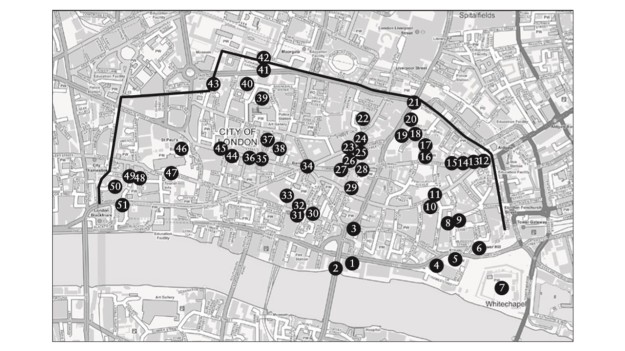 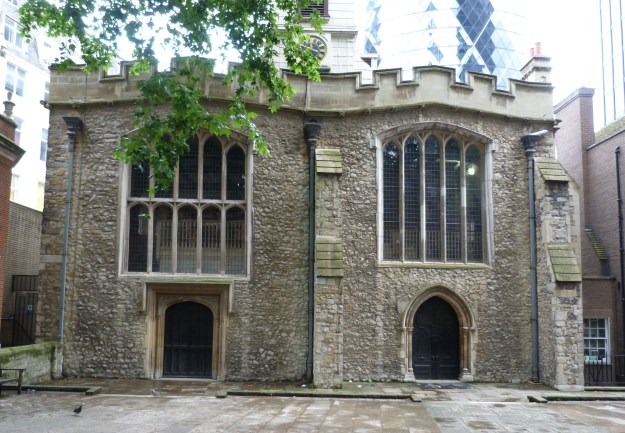 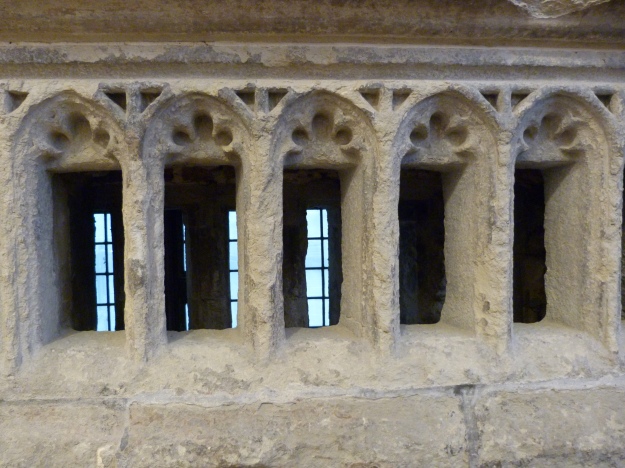 Dates back in part to the eleventh century, although the bulk of the standing structure is thirteenth, and in the Early Gothic style. 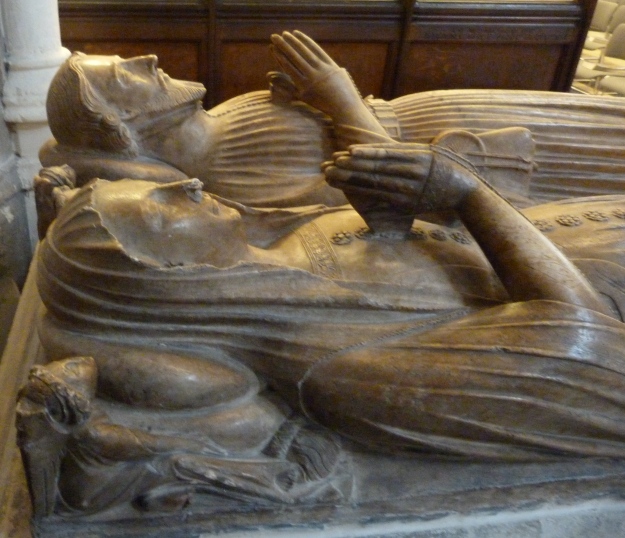 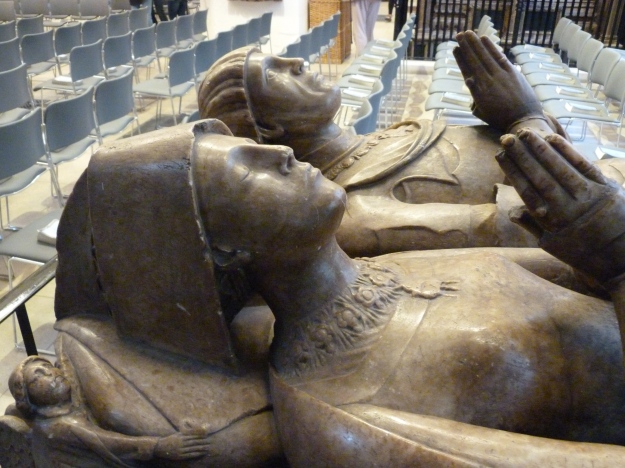 Dubbed “The Westminster Abbey” of the City because of the beauty of the interior and richness of its memorials, including those of John Oteswich and John Crosby. Crosby was knighted for his role in the defence of the City during the Bastard Fauconberg’s assault (Wars of the Roses). 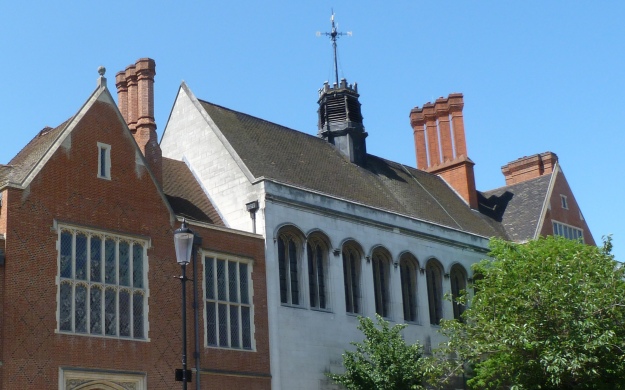 Originally built for John Crosby in 1466-75, and described by John Stow as “very large and beautiful”.  Relocated stone-by-stone to Cheyne Walk in Chelsea in 1909.

Originally built in the early Medieval period, and rebuilt in the late, and again after having been severely damaged by an IRA bomb in 1993. 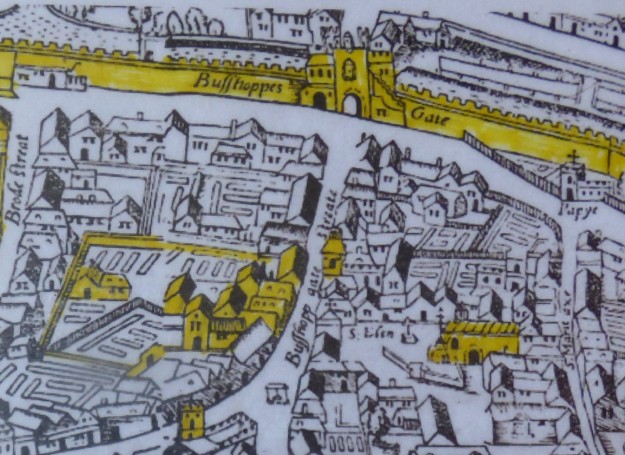 The site of another of the gates in the Medieval city wall.  It was through this gate that Edward IV left the city on his way to the Battle of Barnet (Wars of the Roses). 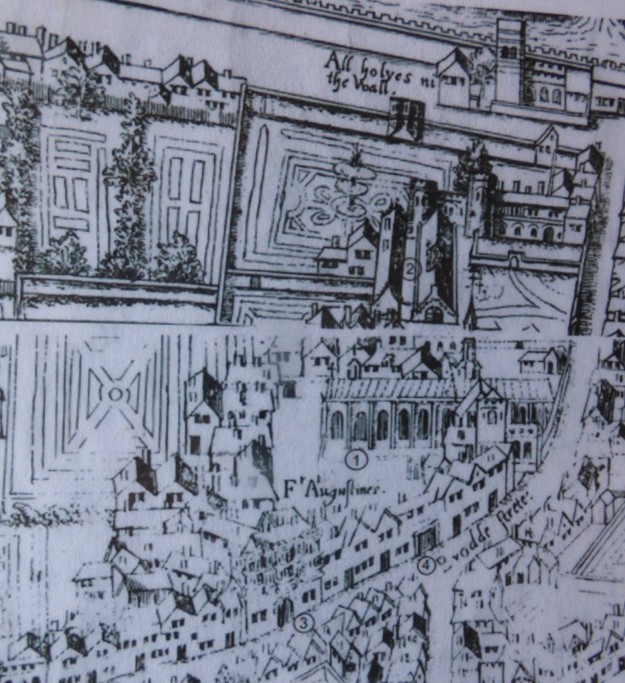 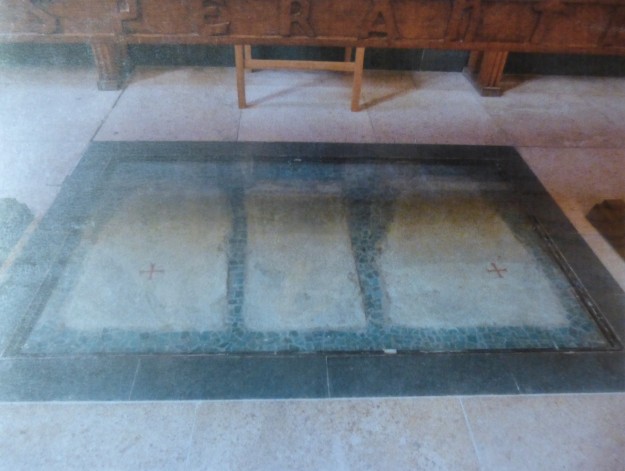 The site of an Augustinian Priory built in the thirteenth century (and dissolved in the sixteenth).  Many of the knights killed in the Battle of Barnet were buried here.

First recorded in the post-Medieval period,  although evidently already in existence in the Medieval.  Possibly takes its name from the arms of the Merchant Taylors, whose Hall is here. 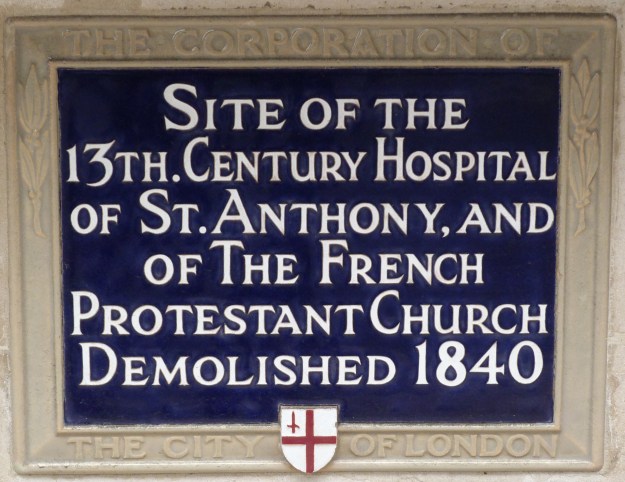 The site of St Anthony’s Hospital, founded in 1242 for the treatment of sufferers from St Anthony’s Fire or ergotism, a disease caused by eating cereals contaminated by an alkaloid-secreting fungus. 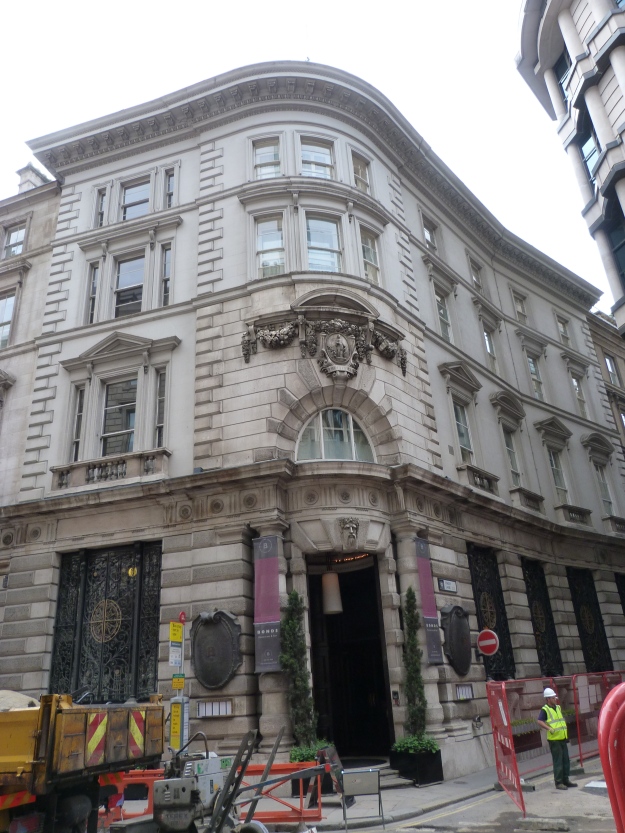 Originally built in the late fourteenth century, and damaged, but not destroyed, during the Great Fire of 1666. 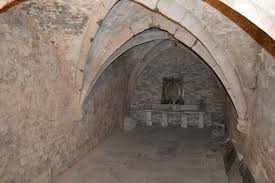 Parts of a Medieval Great Kitchen still survive (alongside a chapel crypt). 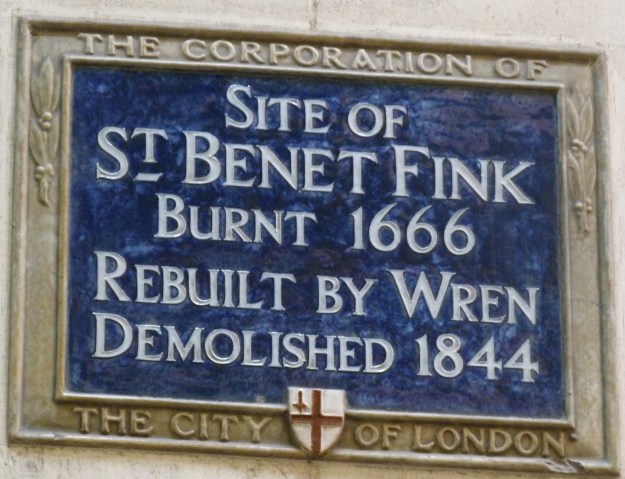 The site of the church of St Benet Fink, built in c. 1216.   There was an  anchorhold here in the Medieval period.

First recorded in c. 1100,  although evidently already in existence earlier.  Thought to take its name from “a corn market out of time there holden” (Stow).

Originally built in the Medieval period, and rebuilt, incorporating much Medieval fabric, after the Great Fire of 1666. 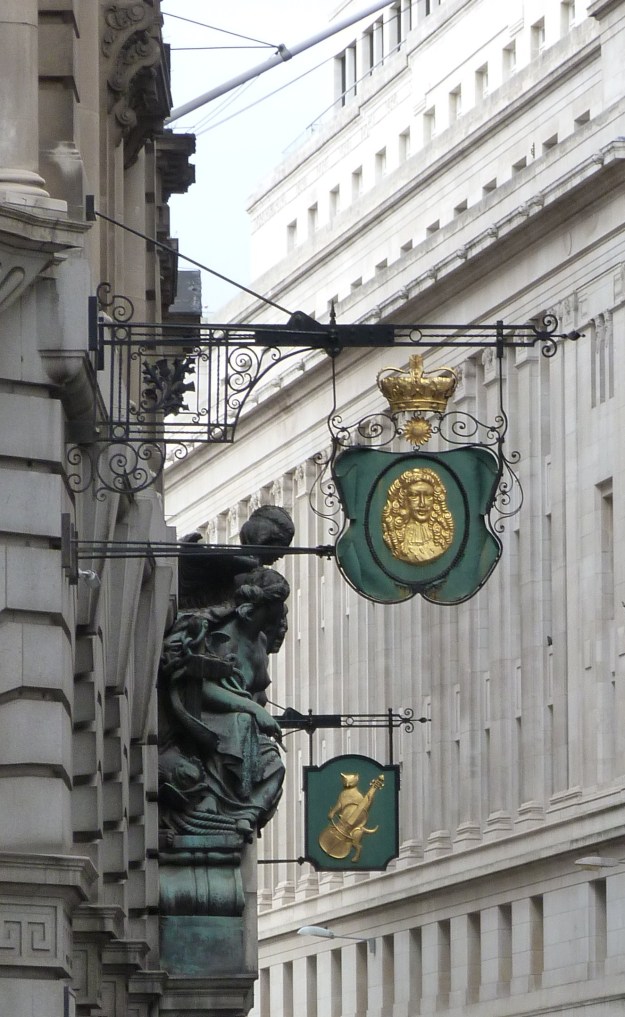 First recorded as such in 1318,  although evidently already in existence earlier.  Takes its name from the Lombards who assumed the roles of bankers after the expulsion of the Jews in 1290. 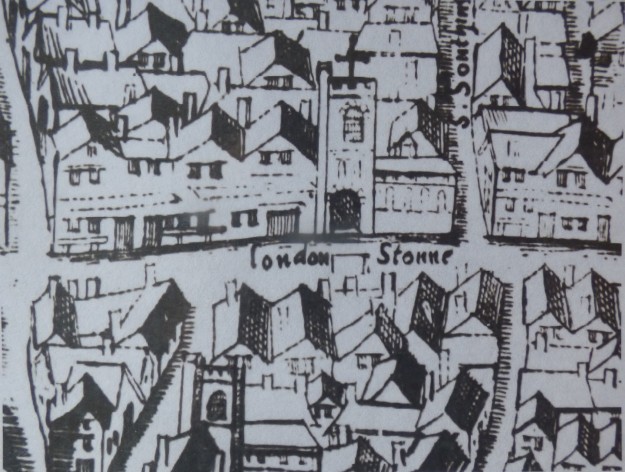 First recorded as Candelewrihtstret (Candlewright Street) in 1183,  although evidently already in existence earlier. 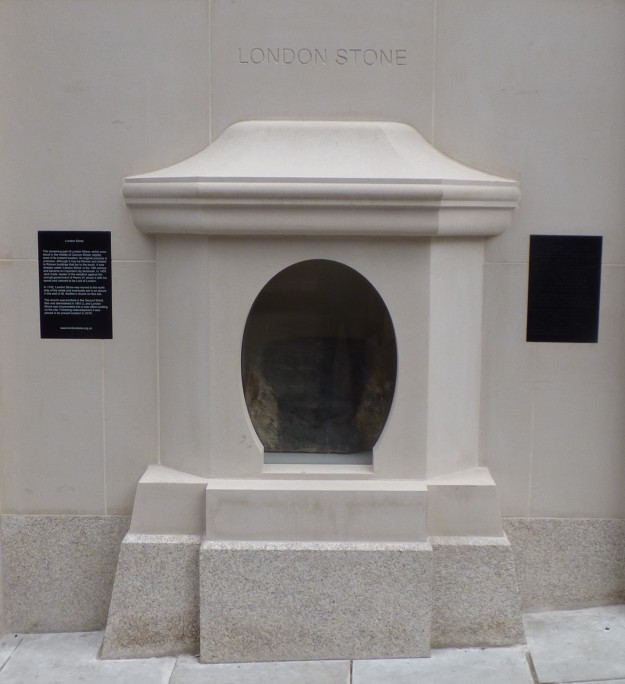 The site of the “London Stone”, that stood in the middle of the street in the Middle Ages, and was apparently used as a place from which to make important public proclamations. 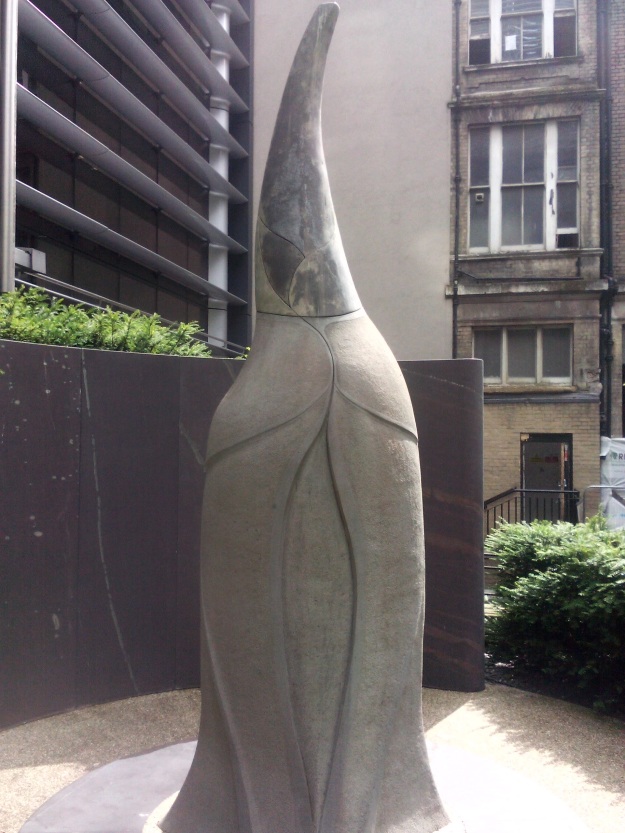 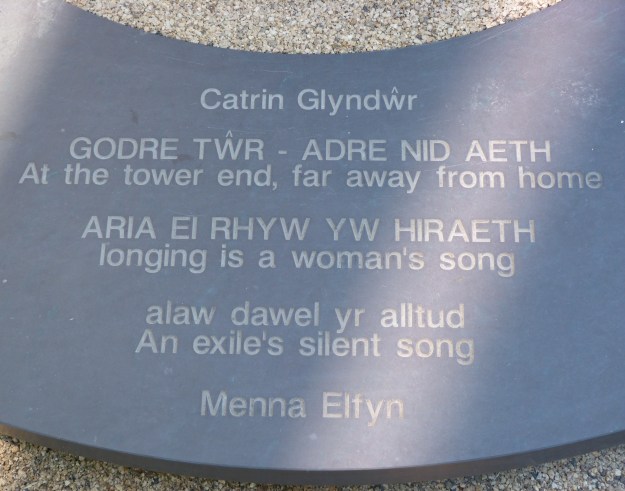 The site of a – modern – memorial to Catrin ferch Owain Glyndwr, who was surreptitiously buried here after dying under suspicious circumstances in  the Tower of London in 1413. 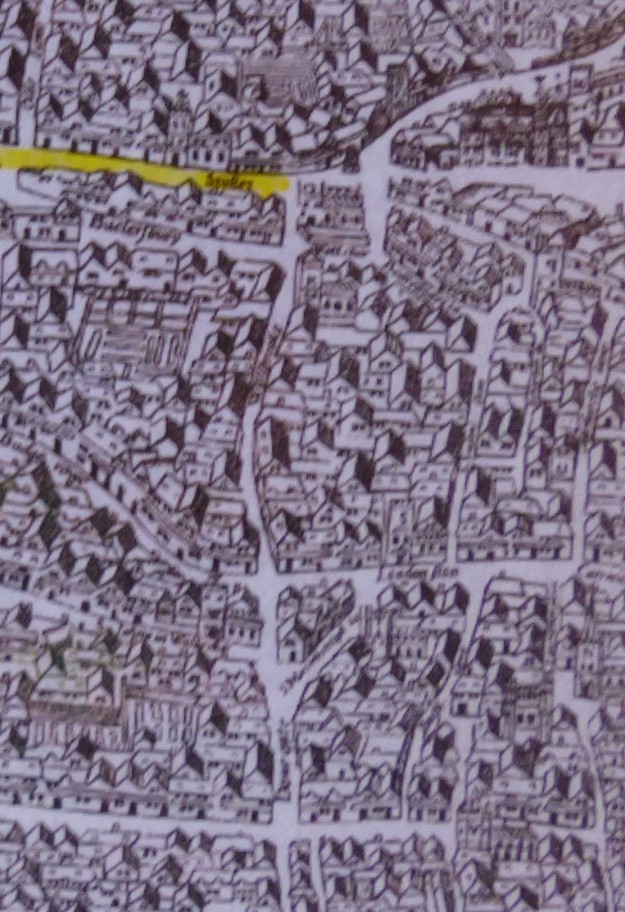 First recorded in the late thirteenth century.  Takes its name from the Walbrook, a now-lost tributary of the Thames that in the Middle Ages entered the City at Moorgate and exited into the Thames at Dowgate. 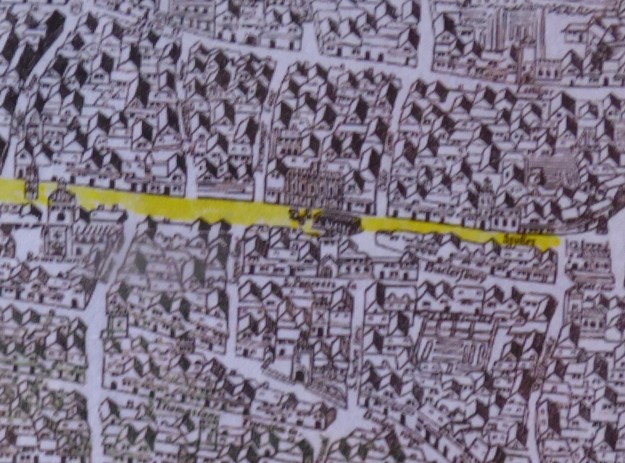 First recorded in the early fourteenth century,  although evidently already in existence earlier.