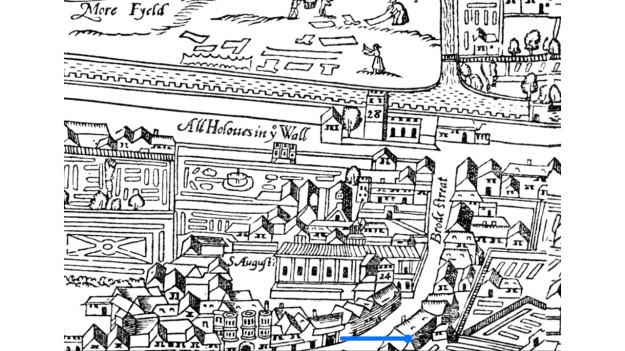 All Hallows-on-the-Wall (“28” on sixteenth-century “Agas” map/Map of Early Modern London) was originally built around 1120. 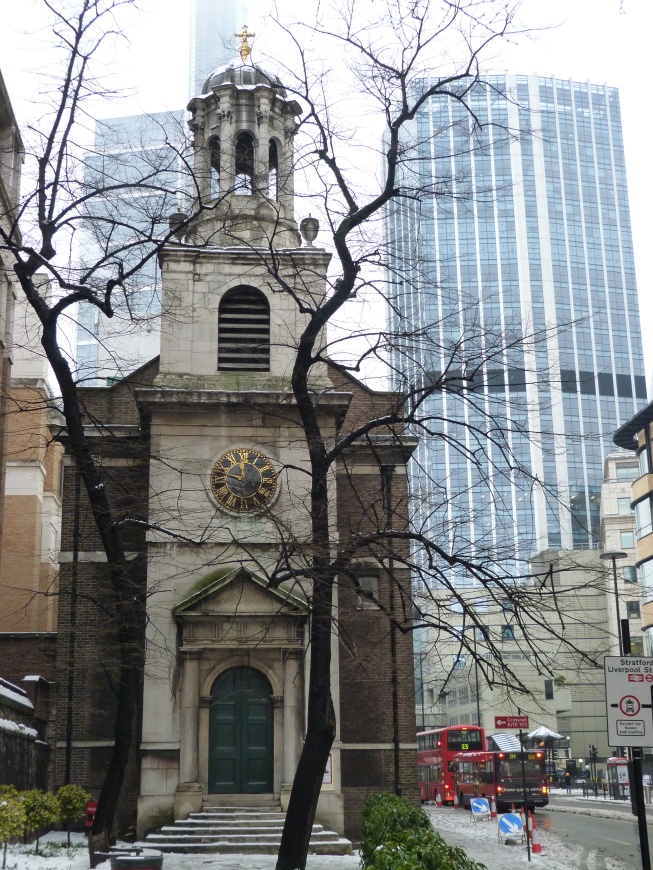 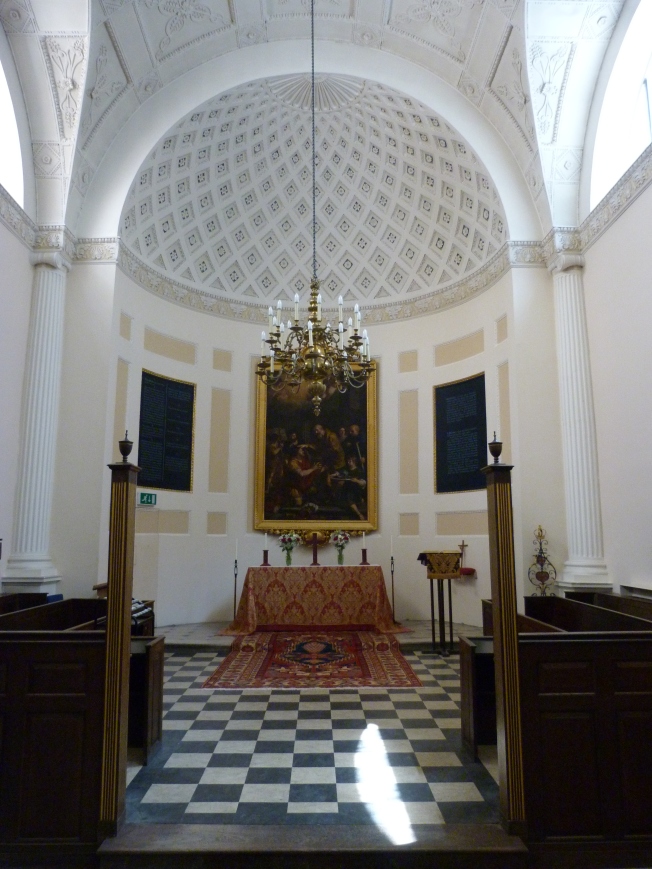 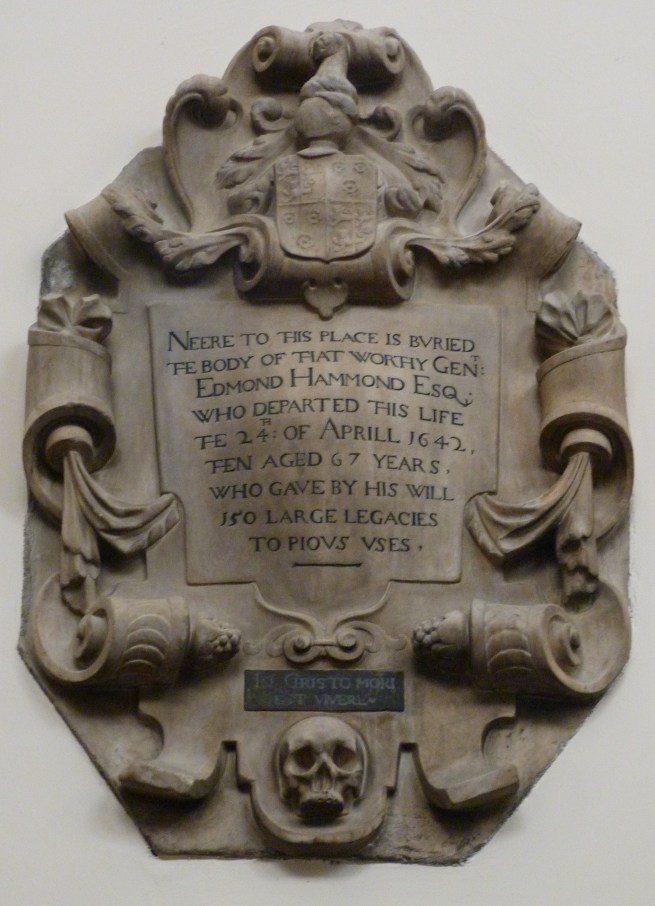 The church was undamaged in the Great Fire of 1666.  My distant ancestor Simon West, was married here, for the third time, in 1677.

The church was  subsequently rebuilt  by George Dance the Younger in 1765-67, and further modified in the late  nineteenth century. The rebuilt church had to be  restored twice in the twentieth century,  after sustaining bomb damage   during  both the Second  World War of the early part, and  the IRA terror campaign of the late.