I intimated in the last blog in this series that the Medieval and later prosperity of the area around Stratford and Bow was on account of it being a hub of industry originally founded on the milling of grain for use in baking and distilling.

Readers may be interested to know that milling continued in Bow right up until the last century. 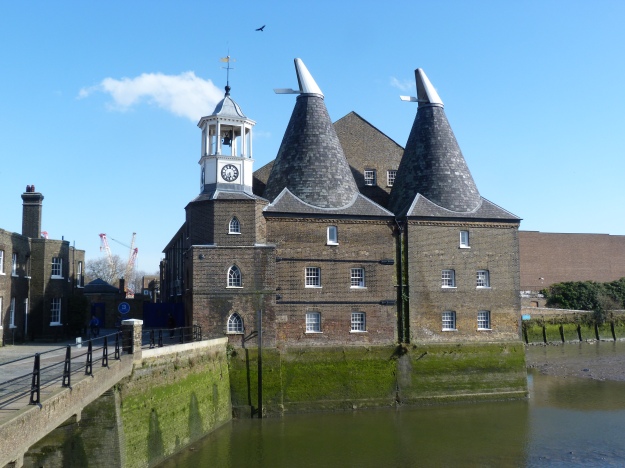 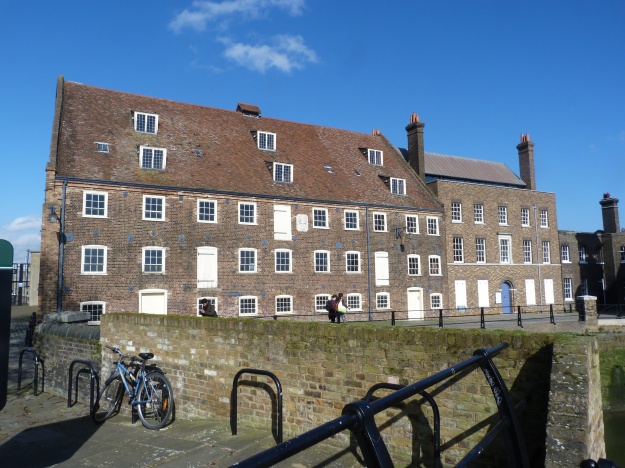 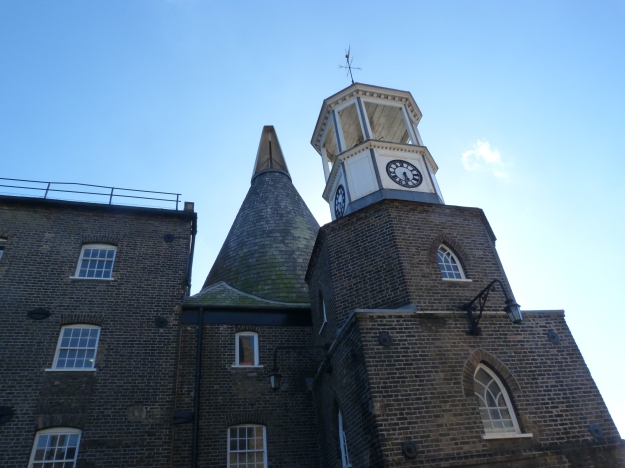 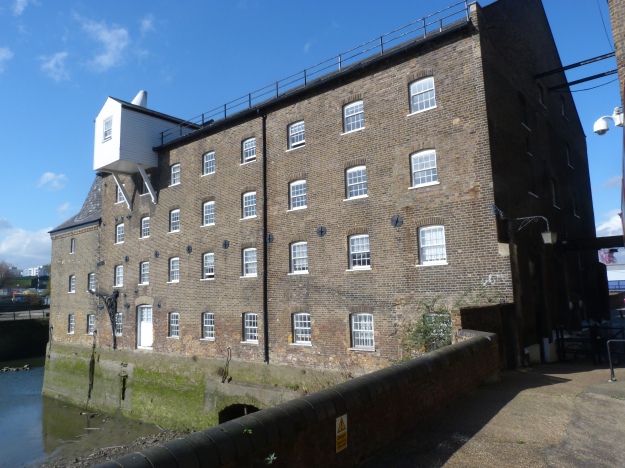 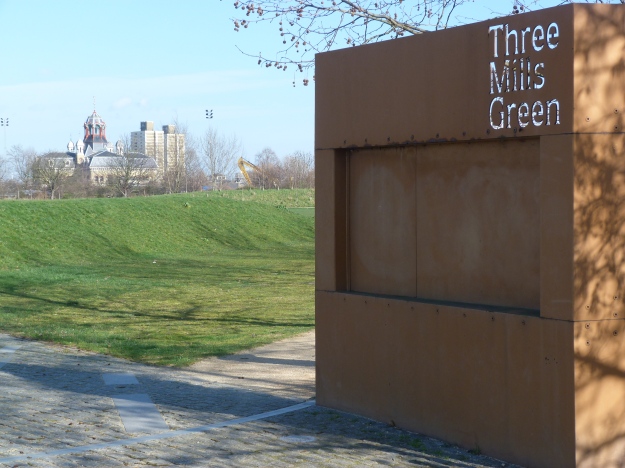 And also that one – eighteenth-century – tidal mill, the House Mill, on Three Mill Island, has recently been restored as a working museum.   The House Mill was bought by the Huguenot Peter Lefevre in 1727, and rebuilt by his partner Daniel Bisson in 1776.

A little further downstream is the Abbey Mills Pumping Station, built in 1868 as part of the extraordinary sewerage system that was the brainchild of the brilliant Joseph Bazalgette.  Notwithstanding its lowly function, it resembles nothing more than an extravagant Byzantine church, and indeed is colloquially known as “The Temple of Sewage”.  The above photographs of it were taken from the stretch  of the “Capital Ring” walk that follows the line of the “Northern Outfall Sewage Embankment” – or NOSE!

At this point the Lea briefly divides into the Abbey and Channelsea Creeks,  …

… which re-unite to form the Bow Creek, entering the Thames at Leamouth.