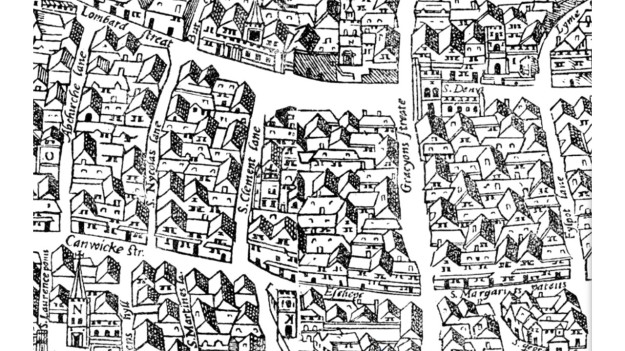 St Clement Eastcheap  (“F” on sixteenth-century “Agas” map/Map of Early Modern London) was originally built at least as long ago as  the eleventh century, and described by Stow at the turn of the sixteenth and seventeenth as “a small church, void of monuments”.  It was repaired and beautified in 1632. 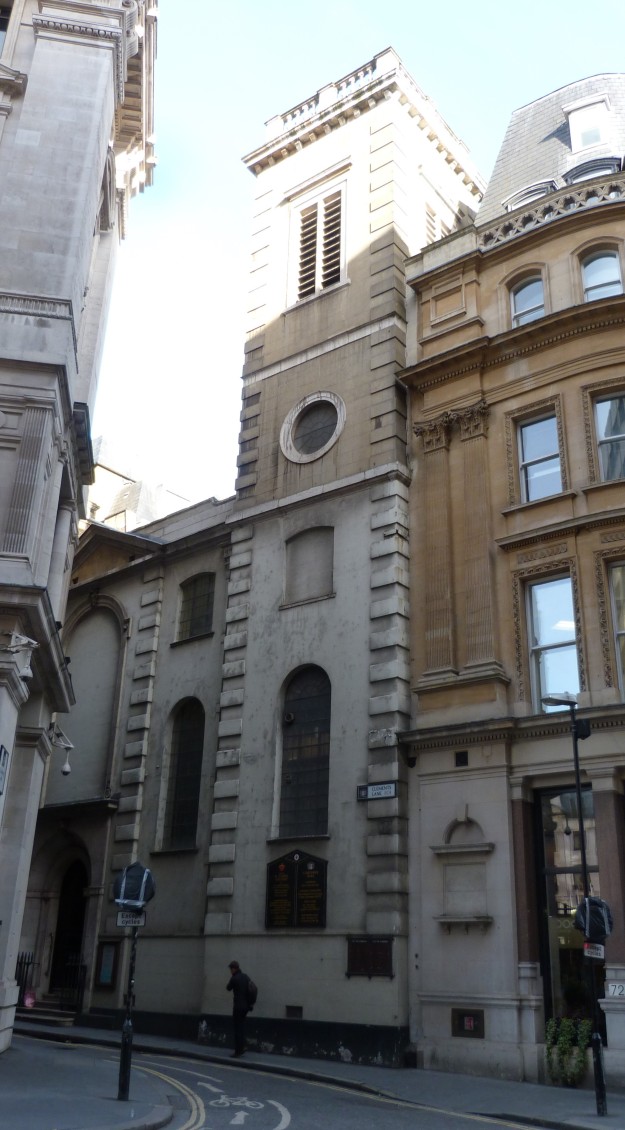 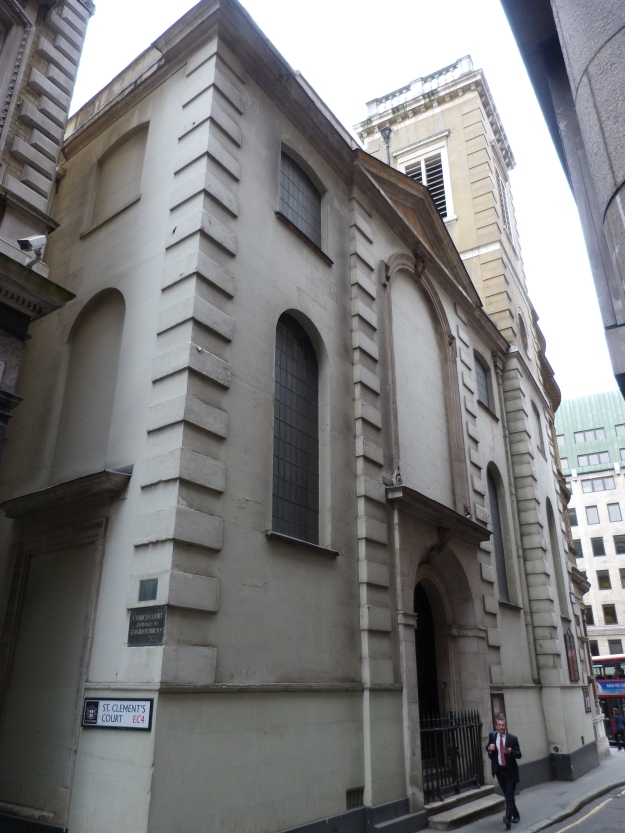 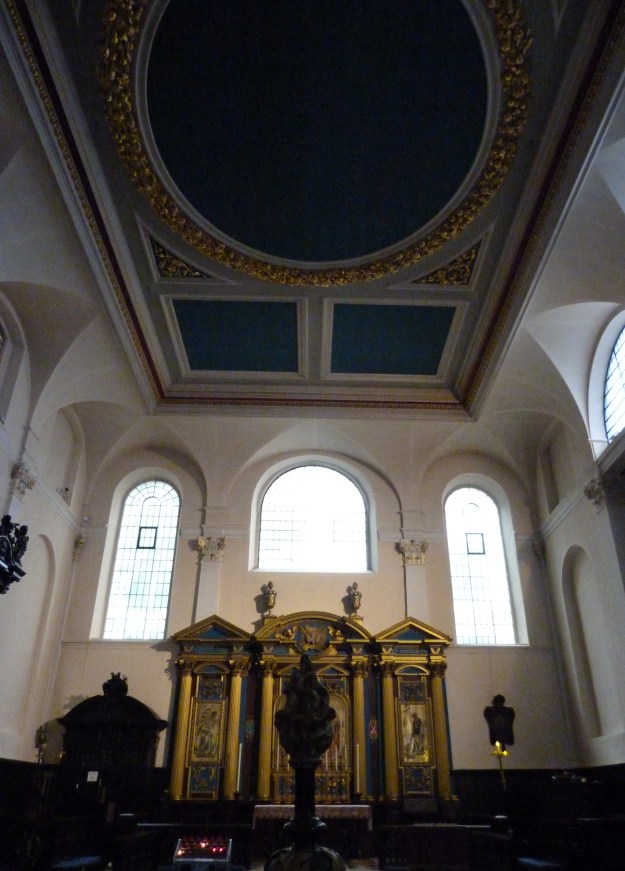 This is probably the St Clement’s of nursery rhyme fame.