St Vedast alias Foster  (shown at southern end of “Forster lane” on sixteenth-century “Agas” map/Map of Early Modern London) was originally built at least as long ago as the thirteenth century, and possibly as long ago as the twelfth.  According to Wilberforce Jenkinson, “it seems to have been newly rebuilt in the beginning of the sixteenth century”, and,  “[i]n 1614, … was repaired and enlarged”.

The church was badly damaged, although not completely destroyed, in the Great Fire of 1666.  It was subsequently substantially rebuilt by the parish and by the Rebuilding Commissioners between 1669-72, incorporating parts of the surviving Medieval fabric, most notably the south wall, as revealed by recent restoration, and the tower.   It was further  remodelled by Wren between 1695-1712, when the old tower was taken down and a new one, with a spire, put up.  The spire has a distinctive obelisk-like design reminiscent of that of St Luke, Old Street, built by Hawksmoor. 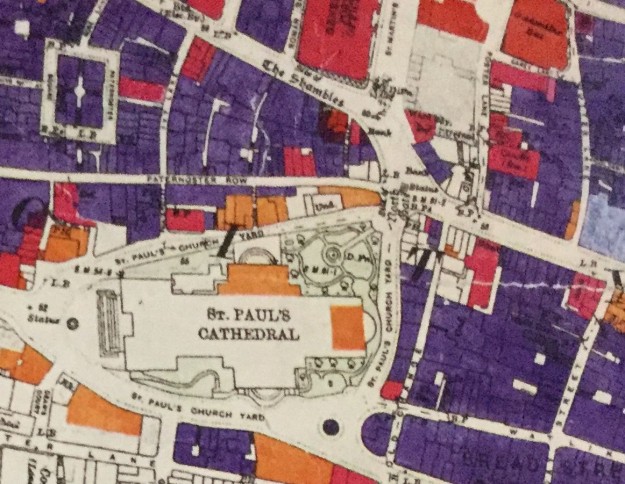 It was then  gutted by German incendiary bombs during the so-called “Second Great Fire of London” on the night of 29th December, 1940, and was marked  in magenta on the London County Council’s “Bomb Damage Map”, meaning that it was considered “seriously damaged”, but “repairable at cost”. 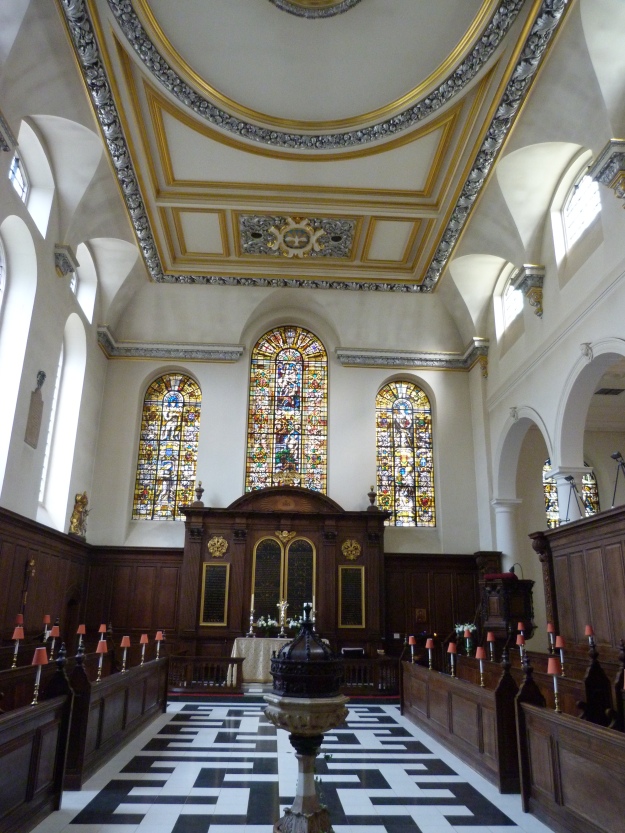 It was restored between 1953-63 by Stephen Dykes Bower, with stained glass windows by  Brian Thomas.

Vedast was Bishop of Arras in France in the sixth century.