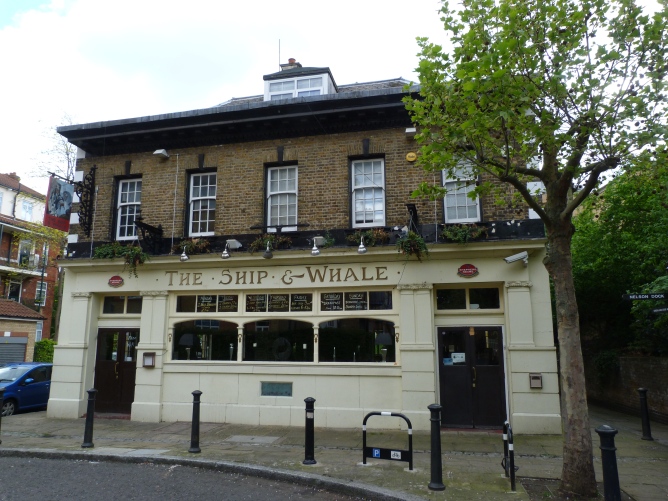 Rotherhithe was first recorded as Rederheia in around 1105, and as Rotherhith alias Redderiffe in 1621.  It takes its name from the Old English “redhra”, meaning mariner, and “hyth”, meaning haven. 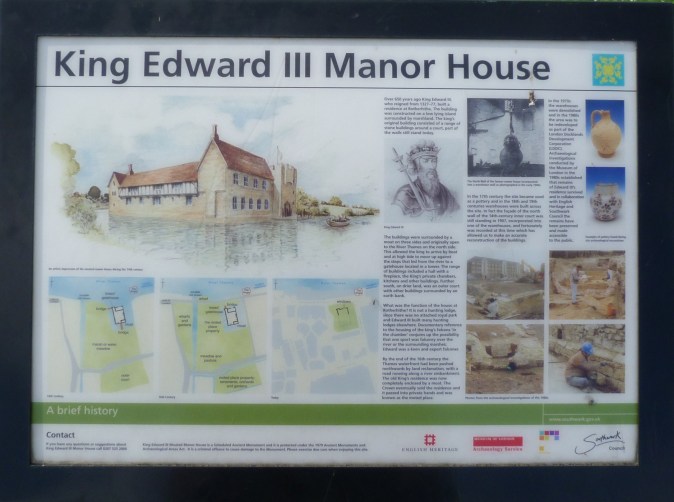 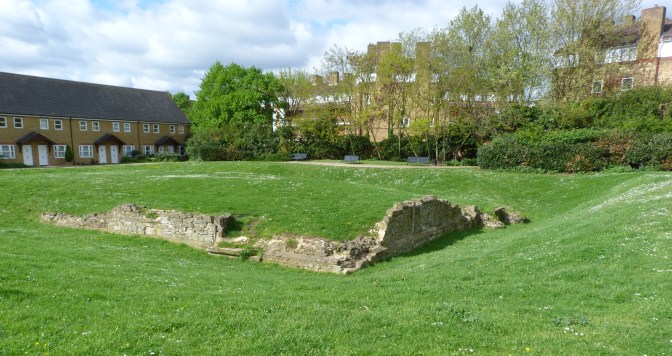 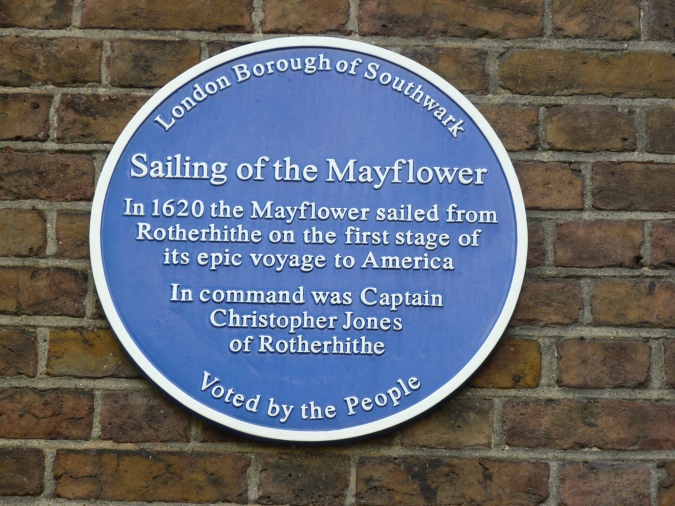 It appears to have been a small settlement surrounding the church of St Mary in the Medieval period, when Edward III had a retreat on the river here, built in 1349; and then to have undergone a major phase of development in the Post-Medieval, when a timber wall and number of shipyards and docks were built along the river-front.  The Mayflower set sail from Rotherhithe  in 1620 for Plymouth and eventually the Americas.  Among those on board was one Dorothea or Dorothy Bradford, nee May, a distant relative of mine, on a different branch of the family tree, similarly descended from Robert Belknap (1330-1401). 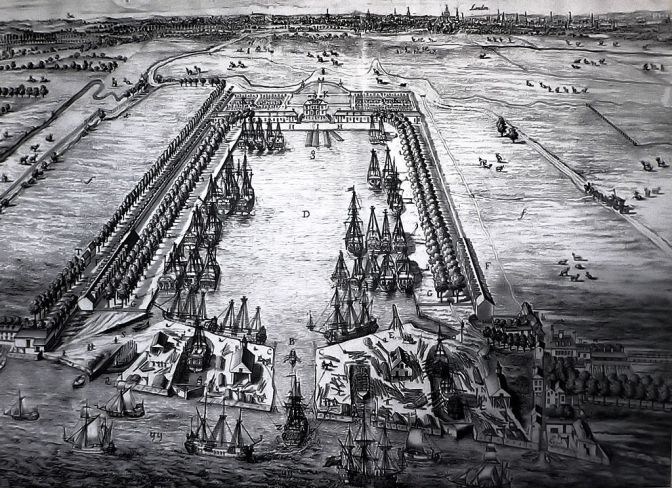 Maritime Rotherhithe and the so-called Surrey Docks flourished in the later seventeenth to early twentieth centuries.  Much of its maritime trade was with Scandinavia and the Baltic, Russia, Greenland  and Canada.  Some of it was in timber; some – at least until the early nineteenth century – in whale products, including oil, used for  lighting and for  lubrication, and bone, used in  the manufacture of corsets. 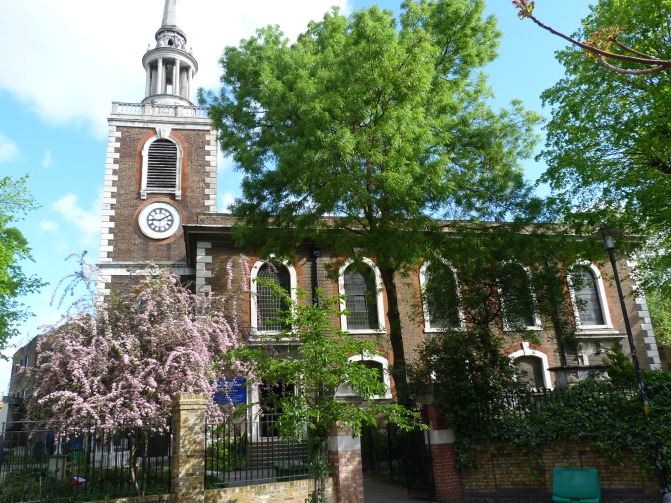 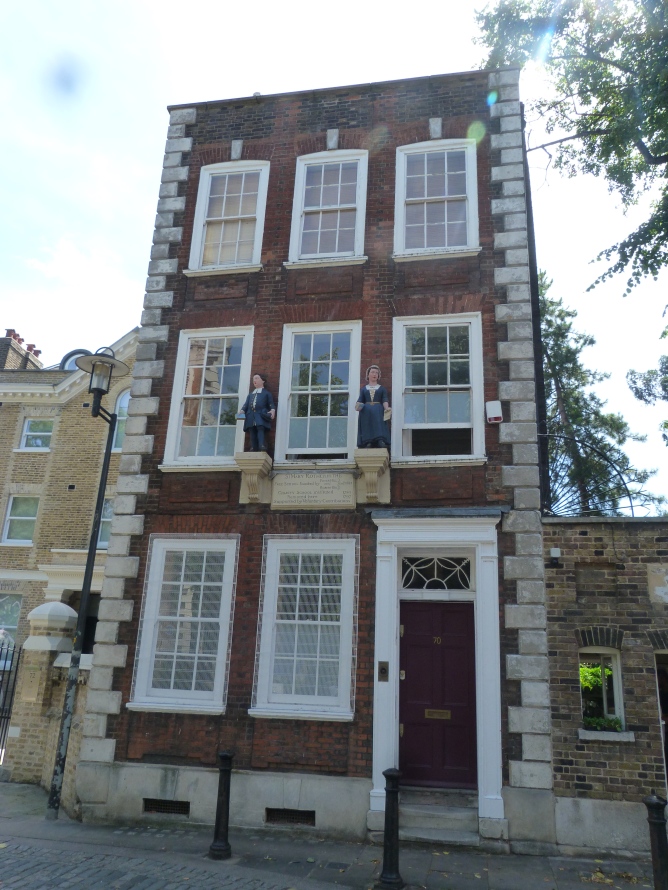 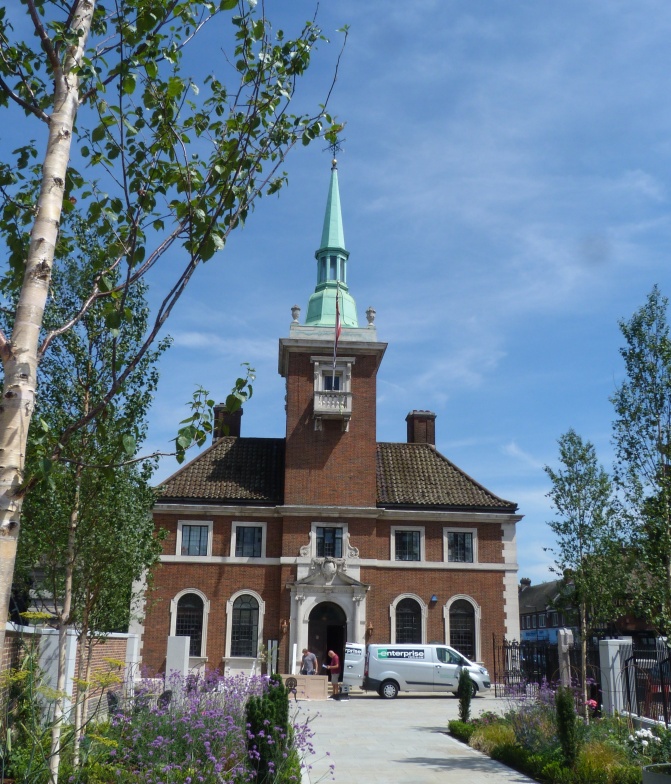 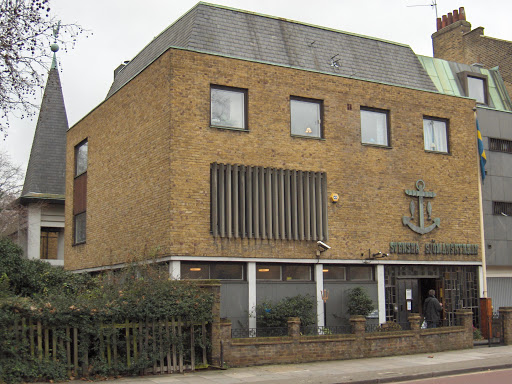 Rotherhithe was also to become home to Norwegian, Finnish and Swedish churches and seamen’s missions.  The Norwegian church, St Olave’s, features a Viking longship on its steeple! 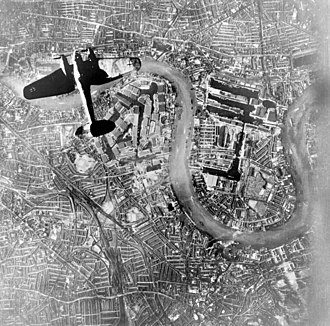 The area around the docks was badly damaged during the bombing of the Second World War, much of it taking place on the  first night of the “Blitz”, on 6th/7th December, 1940. 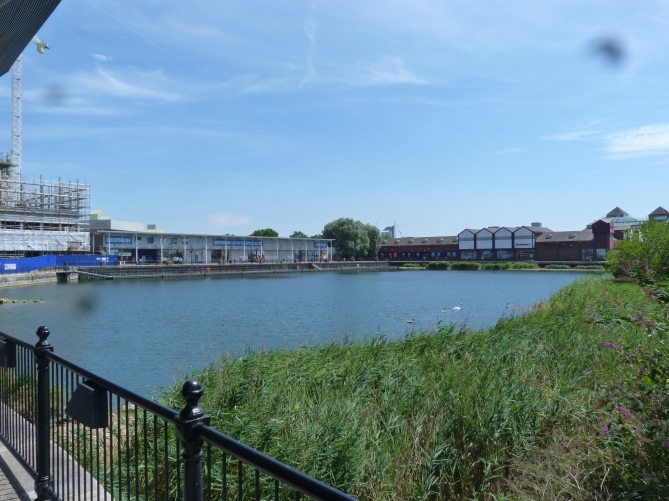 Rotherhithe  has been  subject to  much regeneration in the post-war period.

There are no fewer than three tunnels under the Thames here, one pedestrian, one road and one rail.  The pedestrian one was built by Marc Isambard and Isambard Kingdom Brunel between 1825-43, and is now disused.  Part of its superstructure houses the Brunel Museum. 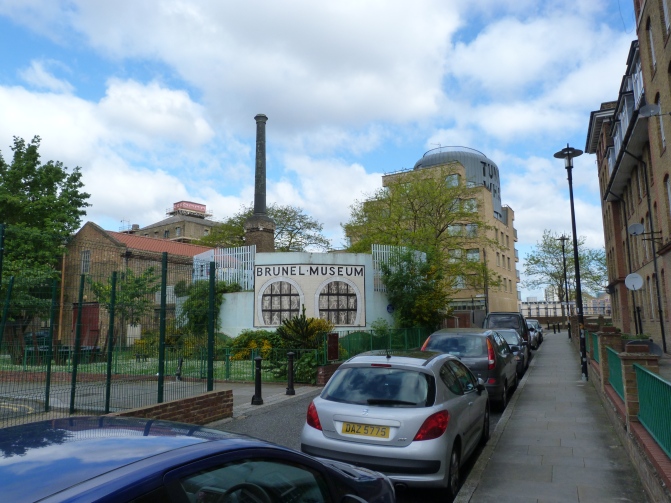