Wimbledon was first recorded in c. 950  as Wunemannedune, from the  Old English personal mane Wynnmann and  “dun”, “hill”.

However, the area was first settled in prehistory, as evidenced by the hill fort at the heart of the Common, variously known as “Bensbury”, “Warren Bulwarks”, “The Rounds” and, most widely, “Caesar’s Camp”.    The fort appears to have been built in the Iron Age, at least as long ago as the third century BC, and pottery evidence indicates that it remained occupied until the first century AD.  An  urn containing a first-century Roman coin hoard has also been found here.

The earthwork is clearly visible on topographic maps, on aerial photographs, and on satellite and – especially – LIDAR images. 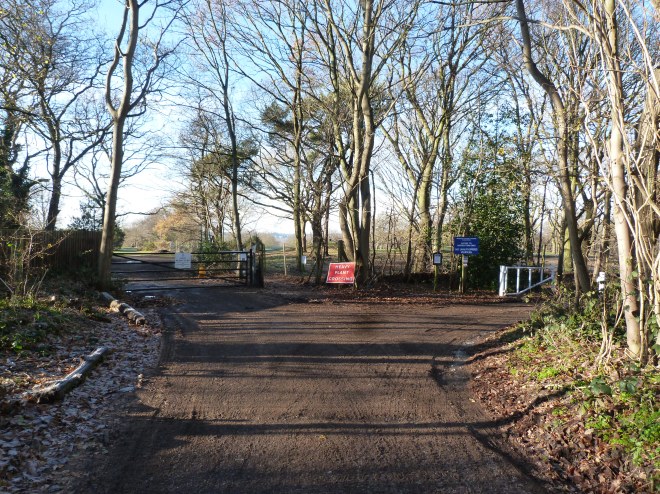 Sadly, much of it lies within the grounds of a private golf club, and the only public access is by way of a narrow footpath running ENE-WSW through its middle.

(*)  Slightly flattened to the NNW so as to conform to the natural contours of a spur of land overlooking the Beverley Brook.

(**) Possibly approached by way of a road with a metalled surface.

(***) Post-holes indicate that the inner and outer faces would once have been revetted with timbers.