Croydon, situated in a gap in the North Downs on the route from London to Portslade,  was first recorded in an Anglo-Saxon charter of 809 as Crogedene, meaning, in Old English, valley (denu) of the wild saffron (croh).  It became a market town in 1276,  but remained comparatively small and isolated throughout the later Medieval and post-Medieval periods, and indeed  until the  nineteenth century, and the arrival of the railway connecting it to London, and attendant suburbanisation – its population rose from 5743 in 1801 to 134037 in 1901!  It has been part of the London Borough of Croydon since 1965. 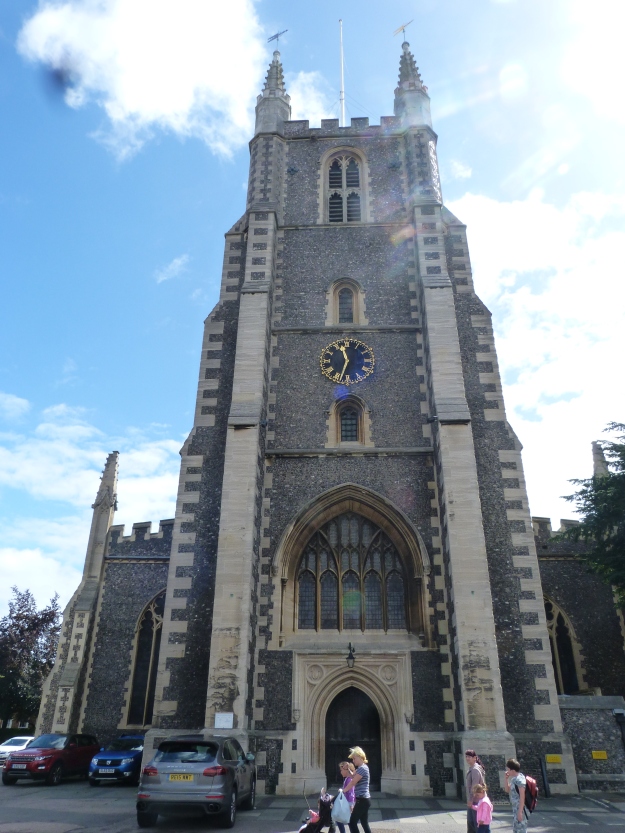 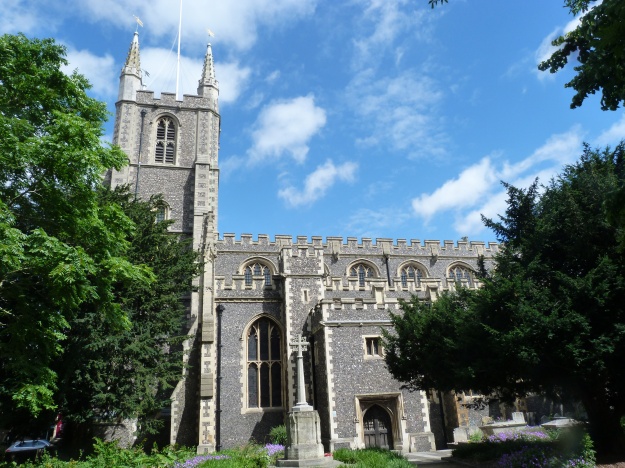 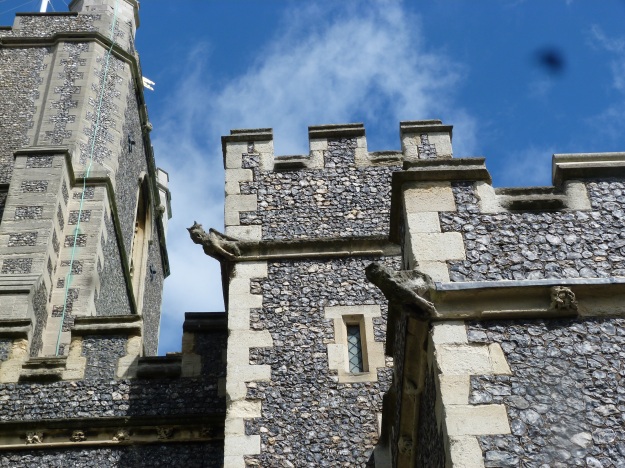 What is now Croydon Minster would appear to have originated as a minster church or monastery in  the Saxon period, a charter of Coenwulf of Mercia (796-821) referring to it as a monasterium.  It was rebuilt in the Perpendicular Gothic style in the Medieval period, and substantially rebuilt again, by George Gilbert Scott,  after a fire in 1867.  Only the tower, south porch  and outer walls survive from the Medieval Minster. 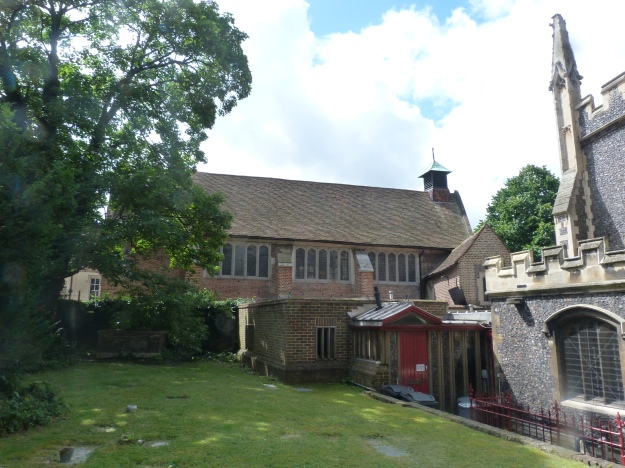 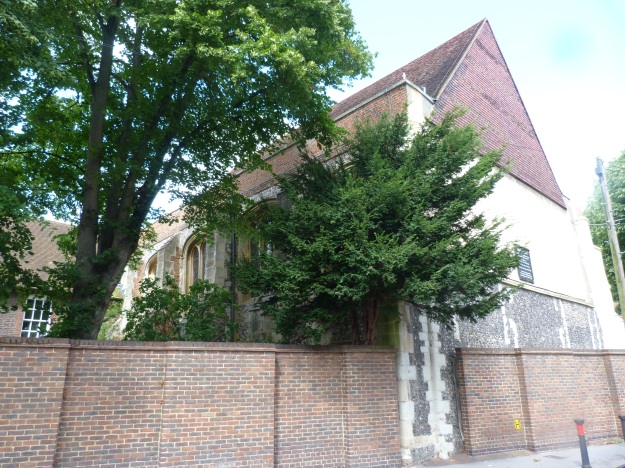 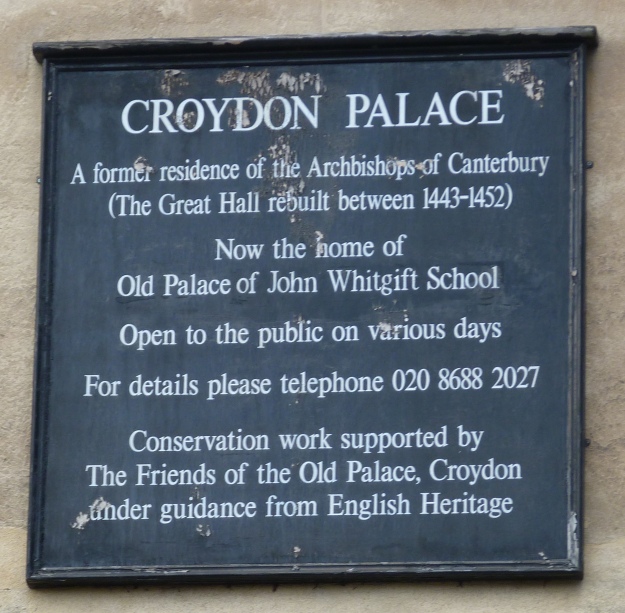 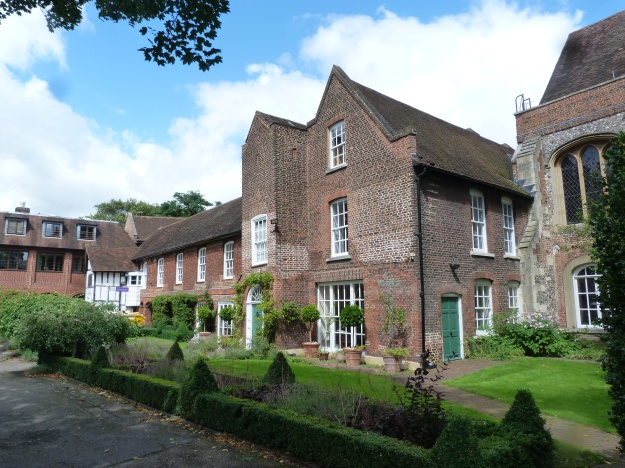 A manor house was built adjacent to the Minster in the Medieval period, for the  Archbishops of Canterbury, who had been the Lords of the Manor since Saxo-Norman times, as indicated in the Domesday Book (Croydon was then in the Diocese of Canterbury, but is now in the Diocese of Southwark).  The manor house had become a substantial palace, used not by the archbishops but also by visiting royalty and other dignitaries, by the post-Medieval period.  It began to fall into disrepair in later times, although some buildings still survive, and  form part of the Old Palace School.

Whitgift Almshouses (The Hospital of the Holy Trinity) 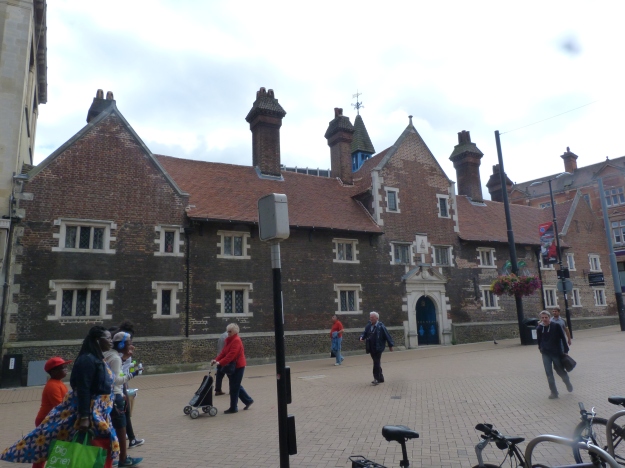 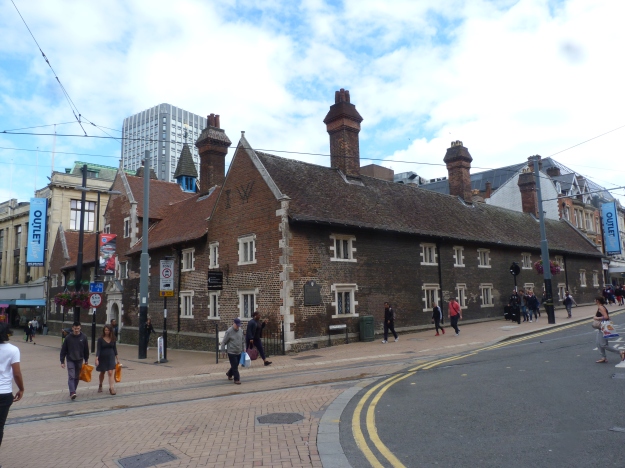 The Whitgift Almshouses were originally built by Archbishop Whitgift in 1596-9, to provide accommodation and health care for up to forty  “poor, needy and impotent people” from Croydon and Lambeth.  They continue to fulfil a similar charitable function to this day.