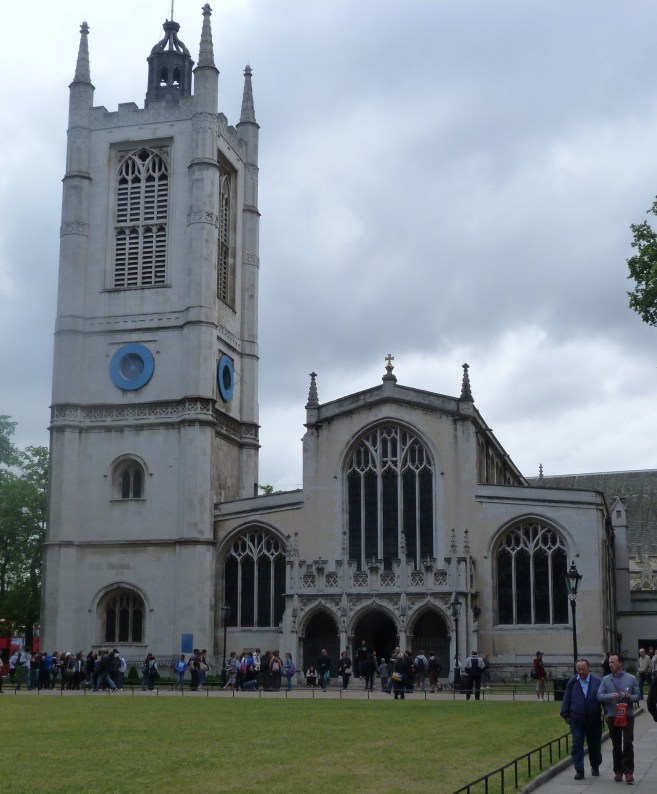 On this day in 1657, under the Commonwealth and Protectorate of Oliver Cromwell that followed the Civil War, John Evelyn wrote in his diary:

“I went to London with my wife, to celebrate Christmas day, Mr Gunning preaching in Exeter chapel … .  Sermon ended, as he was giving us the Holy Sacrament, the chapel was surrounded with [Parliamentarian] soldiers, and all the communicants and assembly surprised and kept prisoner by them … .  It fell to my share to be confined to a room …, where yet I was permitted to dine with the master of it … and some others of quality who invited me.  In the afternoon came Colonel Whalley, Goffe, and others … to examine us one by one; some they committed to the marshal, some to prison.  When I came before them, they took my name and abode, examined me why, contrary to the ordinance made, that none should any longer observe the superstitious time of the nativity (so esteemed by them), I durst offend …, and … pray for  Charles Stuart … .  I told them we did not pray for Charles Stuart, but for all kings, princes, and governors.  They replied … with other frivolous and ensnaring questions, and much threatening; and, finding no color to detain me, they dismissed me with much pity of my ignorance.  These were men of high flight and above ordinances, and spake spiteful things of our Lord’s Nativity.  As we went up to receive the sacrament the miscreants held their muskets against us as if they would have shot us  at the altar, but yet suffering us to finish the office of Communion, as perhaps not having instructions what to do in case they found us in that action.  So I got home late the next day, blessed be God”.