On this day in 1604, James I, the newly crowned first Stuart King of England, entered  the City of London, and thence processed to  Westminster to attend his first parliament, amid much pomp and pageant.  A number of contemporary accounts of the event still survive, including those of Thomas Dekker, Gilbert Dugdale, Ben Jonson and Stephen Harrison, and also that of the King himself, who wrote,  with characteristic bombast:

“The people of all sorts rode and ran, nay, rather flew to meet me, their eyes flaming nothing but sparkles of affection, their mouths and tongues uttering nothing but sounds of joy, their hands, feet, and all the rest of their members in their gestures discovering a passionate longing and earnestness to meet and embrace their new sovereign.”

On its way from the City to Westminster, the  procession passed beneath  a series of allegorically-themed triumphal arches, designed by the aforementioned Stephen Harrison, that formed the backdrops for entertainments by some of the finest writers of the day, including Dekker, Jonson, Middleton and Webster.

The first triumphal arch, on Fenchurch Street, was the Arch of Londinium, representing the City of London.  The entertainment performed here portrayed the personification of British Monarchy, Divine Wisdom, and the  Genius of the City (alongside  Gladness, Veneration, Prompitude, Vigilance, Loving Affection and Unanimity). 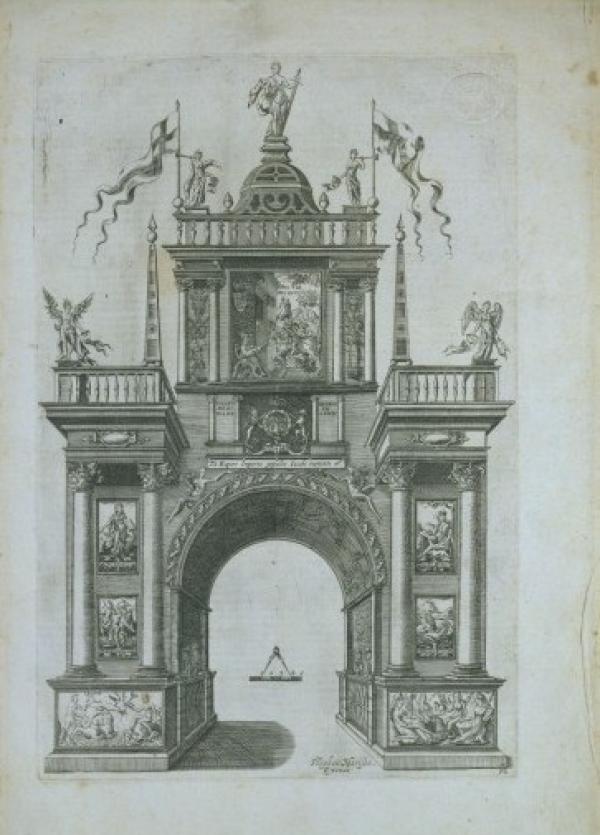 The second, on Gracious [Gracechurch] Street, was the Arch of the Italians (*), also symbolically depicting James receiving the crown of England … 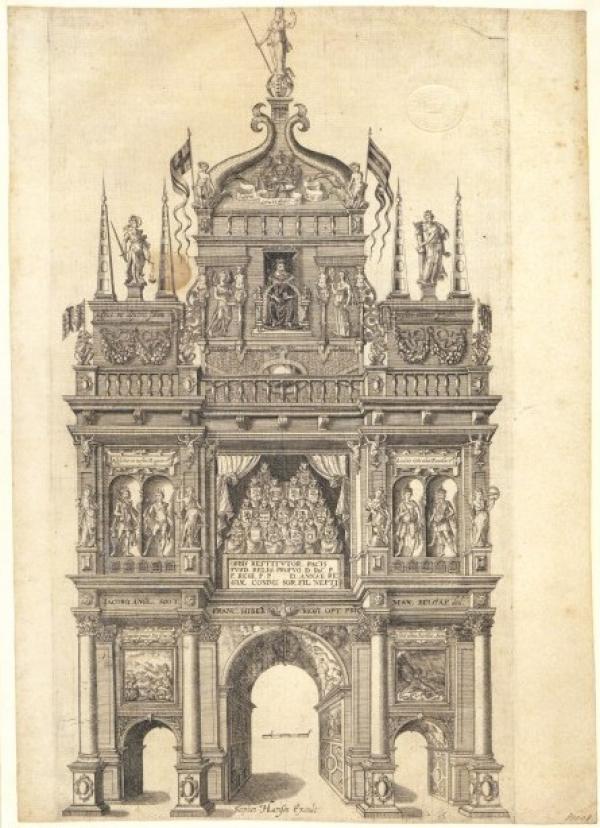 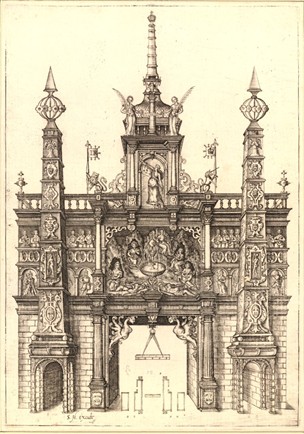 The fourth, at the Great Conduit at the eastern end of Cheapside, was the Arch of New Arabia.

The  fifth, at the Little Conduit at the western end of Cheapside, was the  Arch of the Bower of Plenty, also symbolically depicting Peace, the nine Muses,  and the seven Liberal Arts (Grammar, Logic, Rhetoric, Music, Arithmetic, Geometry and Astrology).

The sixth, at the Conduit on Fleet Street, was the Arch of the New World.

The seventh, and the last in the City of London, at Temple Bar, was the Temple of Janus (there was an eighth on the Strand in the City of Westminster).

(*) There had been an Italian community in the immediately surrounding area – centred on Lombard Street – since the late thirteenth century.

(**) There had been a Dutch community in the immediately surrounding area – centred on the Dutch Church on Austin Friars – since the mid-sixteenth century.