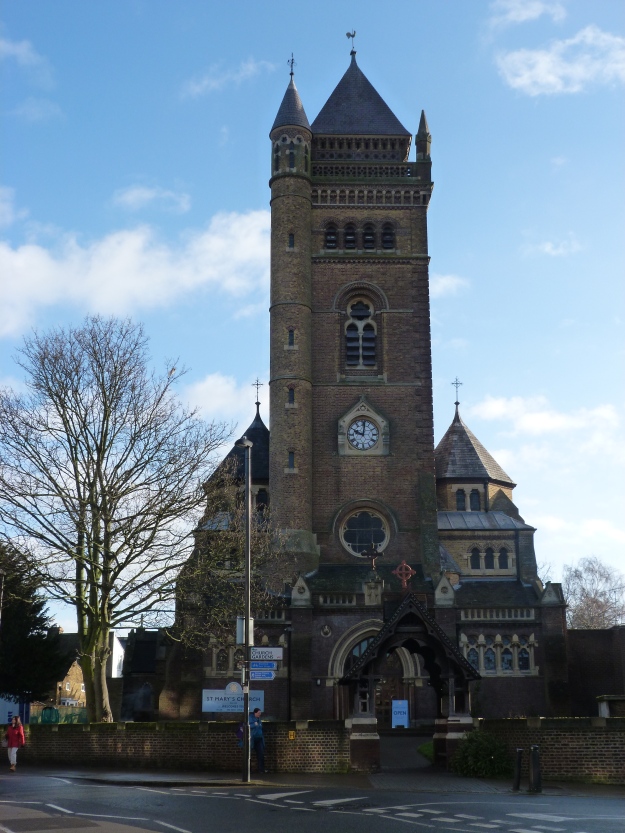 Ealing was first recorded in an Anglo-Saxon charter of c. 798 as Gillingas, meaning “(settlement of) the family or followers of Gilla”.  In the thirteenth century, it was sometimes recorded as Chircheylling, with reference to the church of St Mary, so as to distinguish it from the then separate settlement of Westyilling.

The much-loved “Ealing Comedies” of the 1940s and 1950s were filmed here, in Ealing Studios. 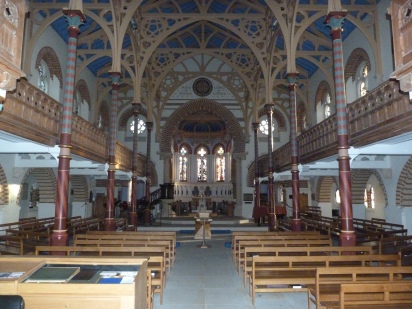 The church of St Mary was originally built in the twelfth century, and subsequently rebuilt in the eighteenth, having by then become structurally unsound.  The Georgian church was then remodelled in the Victorian era, between 1865-73, by S.S. Teulon, in a bizarre Byzantine  style, the result being described by the wonderful Ian Nairn as “a rag-bag with enough ideas for a dozen churches”, although at the same time “electrified with …  astonishing life-force”. 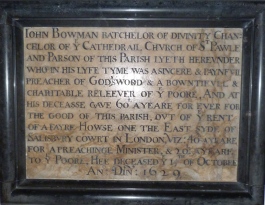 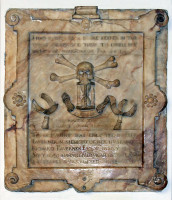 Some of the memorials from the Medieval to post-Medieval incarnation of the church still survive in the interior.