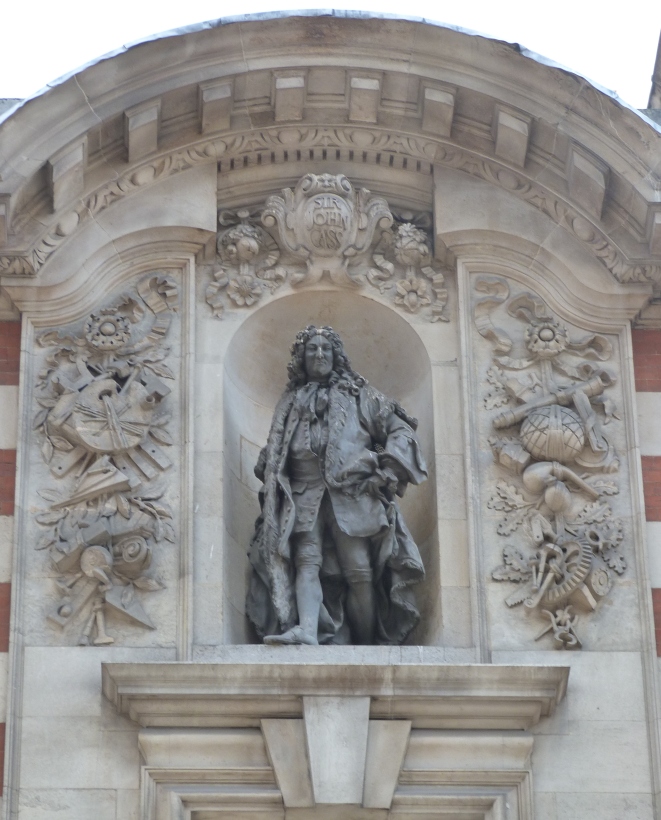 John Cass (1661-1718) of East Smithfield was at one time or another the Master of the Companies of Carpenters and of Skinners in the City of London, the Alderman of Portsoken Ward, a Sheriff, a Member of Parliament, a Knight, and a noted philanthropist.

The John Cass School, founded by him in Aldgate in 1710 and rebuilt in 1908, and the John Cass Foundation, established  in 1748, commemorate Founder’s Day on or around this day each year, in a special service in the church of St Botolph without Aldgate.    The participants, who also include the Lord Mayor and representatives from the  Livery Companies, each wear a red feather to remember the founder  by (*).

(*) It is said that he died while writing his will, and that the quill pen he had been using became stained with blood – hence the red feather.