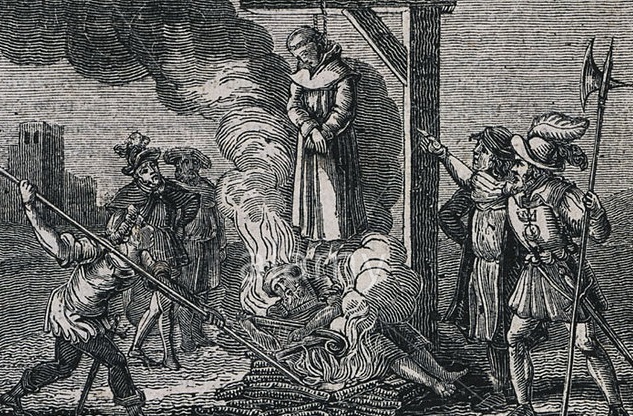 On this day in 1538, the Franciscan Friar John Forest was burned at the stake in Smithfield for refusing to take an oath acknowledging the King – Henry VIII – as the Supreme Head of the Church in England (it is said that fuel for the fire was provided by a statue of St Derfel from the pilgrimage site of Llandderfel in North Wales, which it had been prophesied would “one day set a forest on fire”).   Forest had been a confessor to Henry  first wife, Catherine of Aragon (*), and in 1532 had publicly spoken out against his plans to divorce her (from the open-air pulpit at St Paul’s Cross).

(*) There was a Franciscan Friary attached to the Royal Palace at Greenwich.