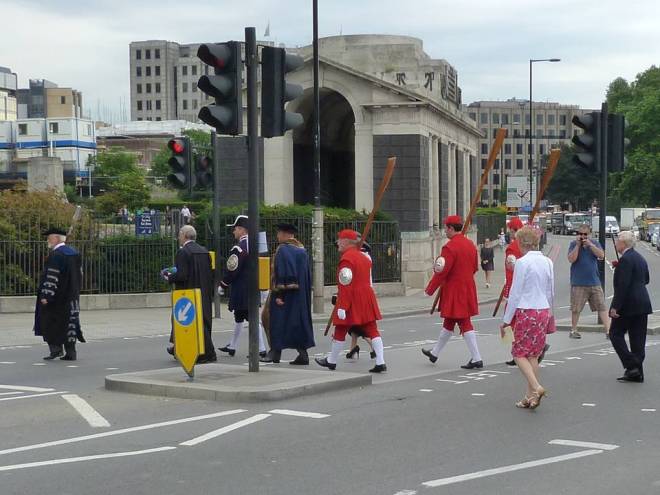 The annual “Knollys Rose” ceremony will take place a week today, on Wednesday 20th June, at 10:45.  A single red rose  will be  processed, amid much pomp, through the streets from  All Hallows-by-the-Tower to the Mansion House,  there to be presented, on the   altar cushion from the church, to the Lord Mayor of London.

The ceremony dates back to  1381, when Lady Constance Knollys built a footbridge from her house to the opposite side of  Seething Lane without first seeking the Medieval equivalent of planning permission, and was fined a single red rose by the then Lord Mayor, Sir William Walworth.  Walworth just happened to be a friend of Lady Constance’s husband, Sir Robert Knollys (a soldier, who at the time of the incident was fighting alongside John of Gaunt  in the Hundred Years War against the French).