November 8th –  On this day in 1674 died John Milton, the Republican statesman and man of letters, perhaps best known for his epic poem “Paradise Lost”.  The poem was described by Dr Johnson as one which “with respect to design may claim the first place … among the productions of the human mind”.

Milton was buried in the church of St Giles Cripplegate, where there are both a statue and a bust of him.

He had been born in 1608 in Bread Street, and is also commemorated by a plaque there, and by another on the church of St Mary-le-Bow in Cheapside.

Here’s a selection of quotations from Paradise Lost:

“What though the field be lost?

All is not lost; the unconquerable will,

And study of revenge, immortal hate,

And the courage never to submit or yield”

“How oft, in nations gone corrupt

And by their own devices brought down to servitude

That man chooses bondage before liberty?

Bondage with ease before strenuous liberty”

“But first whom shall we send

In search of this new world, whom shall we find sufficient?

Who shall tempt, with wand’ring feet

And through the palpable obscure find out

His uncouth way, or spread his aery flight

Over the vast abrupt, ere he arrive

Because we freely love, as in our will,

To love or not; in this we stand or fall”

“For so I created them free and free they must remain”

“What is strength without a double share of wisdom?”

“Who overcomes by force hath overcome but half his foe”

“Better to reign in Hell than serve in Heav’n”

“The mind is it’s own place, and in itself can make a Heaven of Hell … ”

And one from The Tenure of Kings and Magistrates:

“No man … can be so stupid to deny that all men naturally were born free, being the image and resemblance of God himself” 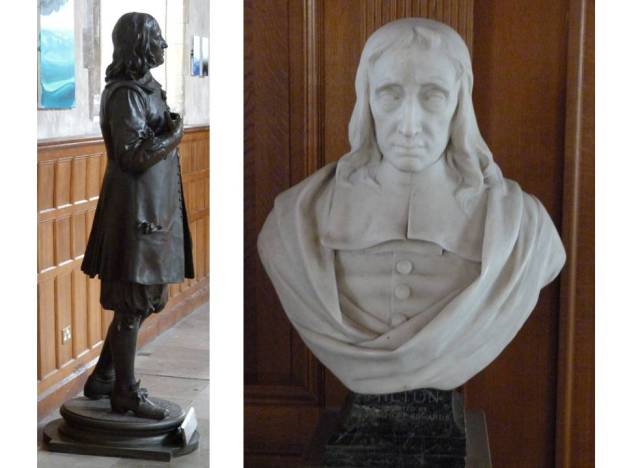