Shadwell was first recorded in 1222 as Schadewelle, from the Old English sceald, meaning shallow, and wella, meaning spring or stream (*).  In 1228, the Canons of St Paul’s were granted land here.  There was little or no habitation here in the Medieval period.  However,  by the early post-Medieval, sixteenth century, there was a  tidal mill.  And by the late post-Medieval, seventeenth century, there was a thriving maritime industrial town, with wharves, roperies, smithies, tanneries, breweries and taverns.  Records indicate that there were some  8000 people living here by  the end of the seventeenth century,  many of them mariners, watermen or lightermen.  There were 8000 houses here by the end of the eighteenth century, and a wretched poor slum by the nineteenth, which was cleared in the twentieth.  Shadwell is now part of the London Borough of Tower Hamlets. 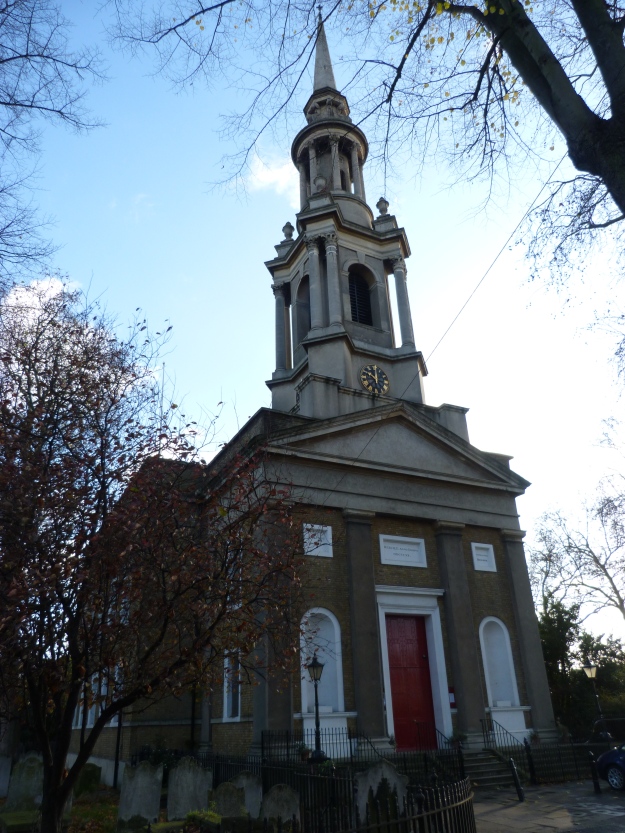 The church of St Paul, “the Church of Sea Captains”, was originally built as a chapel-of-ease in 1656, and subsequently rebuilt as a parish church in 1669, and again, as one of the “Waterloo” churches, in 1820 (by the architect John Walters).

(*) Some significant Roman archaeological finds have also been found here, including the remains of a port and a signal tower.  Roman burials were unearthed  here during the development of the seventeenth century.