St Mary Cray  was first recorded in 1257 as Creye sancte Marie, meaning a church beside the  River Cray dedicated to St Mary (having  previously been recorded in the Domesday Book of 1086 as Sudcrai).  Although it was incorporated into the London Borough of Bromley in 1965, the area remains a quiet back-water to this day.

The  church of St Mary was originally built in Early Gothic style in the thirteenth century, sometime around 1250, although it has been much modified over the succeeding centuries,  most notably in the sixteenth and again in the nineteenth. 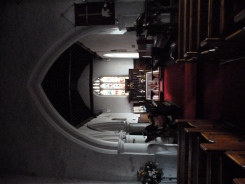 Parts of the chancel and nave  still survive from the thirteenth century; the extension at the eastern end of the north aisle, and the Hodsoll Chapel at the end of the south aisle, to the fourteenth. 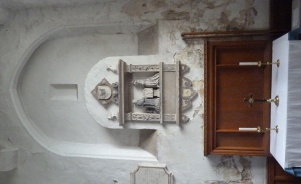